US: Only 60 Syrian rebels training to fight ISIS, number 'far lower than hoped for'

US Defense Secretary Ashton Carter admits the number is much smaller than expected, after the Pentagon initially proposed a training program targeting 5,000 soldiers per year. 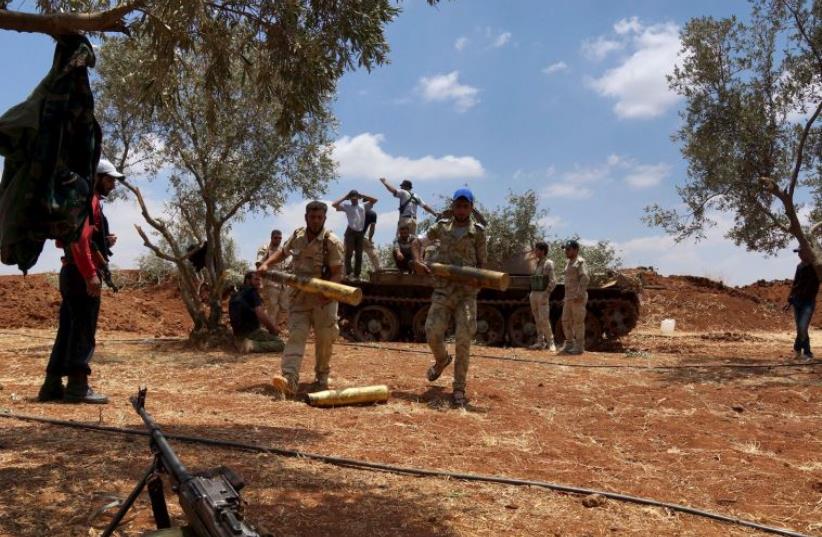 Syrian rebels prepare for fighting in Syria
(photo credit: REUTERS/STRINGER)
Advertisement
US Defense Secretary Ashton Carter confessed In testimony before the Senate armed services committee on Tuesday that the Pentagon is training only around 60 Syrian rebels in the fight against ISIS, a number "much smaller than was hoped for at this point," The Guardian reported. This number is significantly lower than the number of soldiers the Pentagon had announced in 2014 that it intended on training. They had initially proposed a training program consisting of 5,000 soldiers per year over a period of three years. In response, the Obama administration explained that the low number was due to the rigorous selection process, which narrows the pool of new recruits. Selection first involves a screening program  which ensures that the potential fighters have no history of atrocities and are willing to campaign in a way which complies with the laws of armed conflict. "We know this program is essential. We need a partner on the ground in Syria to assure ISIS' lasting defeat," Carter reiterated. Carter's statements were made during a hearing in which Republican senators questioned the Obama administration's Middle East policies. US Senator John McCain, who was in attendance at the hearing, was quick to criticize the unimpressive number. "There is no compelling reason to believe that anything we are currently doing will be sufficient to achieve the president's long-stated goal of degrading and ultimately destroying ISIS, either in the short-term or the long-term."In recent weeks, the United States and its allies have conducted dozens of air strikes against Islamic State in Iraq and Syria. In Syria, coalition forces targeted Islamic State positions with nine strikes near the cities of Hasakah, Ar Raqqah and Tal Abyad, destroying tactical units, fighting positions, vehicles and structures.Last month, anti-ISIS fighters were able to seize two strategic towns, Ain Issa and Tal Abyad, which is located only miles from the ISIS stronghold in Raqqa.