US says it appears Syria planning another chemical weapons attack

The White House warned Syrian President Bashar al-Assad he and his military would "pay heavy price" if it conducts an attack. 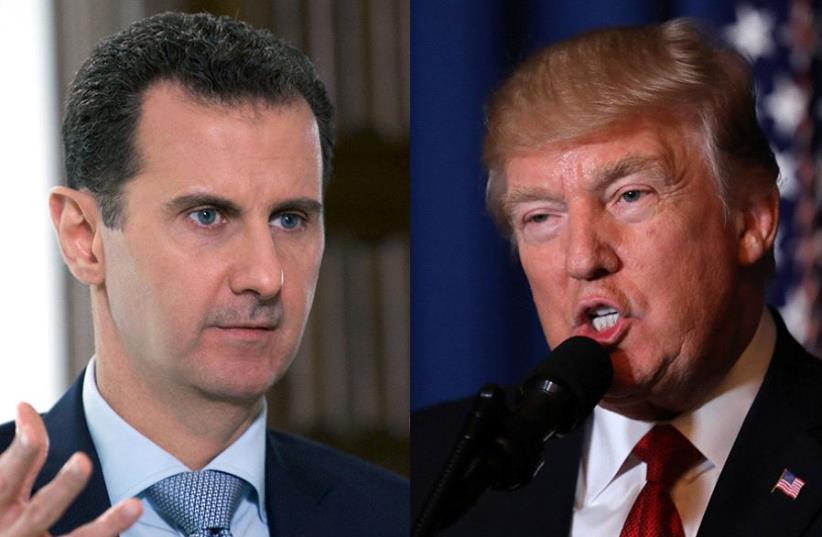 Assad and Trump
(photo credit: REUTERS)
Advertisement
The White House said on Monday it appears the Syrian government is preparing for another chemical weapons attack and it warned Syrian President Bashar al-Assad he and his military would "pay a heavy price" if it conducts such an attack.

The White House statement said preparations by Syria were similar to those undertaken before an April 4 chemical attack that killed dozens of civilians and prompted President Donald Trump to order a cruise missile strike on a Syrian air base.

Trump ordered the strike on the Shayrat airfield in Syria in April in reaction to what Washington said was a poison gas attack by Assad's government that killed at least 70 people in rebel-held territory. Syria denied it carried out the attack.

The strike was the toughest direct US action yet in Syria's six-year-old civil war, raising the risk of confrontation with Russia and Iran, Assad's two main military backers.

US officials at the time called the intervention a "one-off" intended to deter future chemical weapons attacks and not an expansion of the US role in the Syrian war.

The United States has taken a series of actions over the past three months demonstrating its willingness to carry out strikes, mostly in self-defense, against Syrian government forces and their backers, including Iran.

The United States ambassador to the United Nations Nikki Haley said on Twitter: "Any further attacks done to the people of Syria will be blamed on Assad, but also on Russia and Iran who support him killing his own people."

Since the April military strike, Washington has repeatedly struck Iranian-backed militia and even shot down a drone threatening US-led coalition forces. The US military also shot down a Syrian jet earlier this month.

Trump has also ordered stepped-up military operations against the Islamic State militant group and delegated more authority to his generals.