A weekly selection of opinions and analyses from the Arab media around the world.

“We continue to express our deep concerns over the human rights situation in Egypt,” a statement from the US State Department unabashedly read last week, after the Biden administration announced its decision to withhold $140 million in US military aid to Egypt.

I say unabashedly because America, more than any other nation in the world, is committing clear violations of human rights across the globe. For example, does a quick and messy withdrawal from Afghanistan, following years and years of occupation, lend itself to the preservation and protection of human rights? Does spending billions of dollars on an unqualified Afghan army and then leaving it to fight to its death count as “humane”? Does appeasing and signing deals with the Taliban, a globally recognized terrorist organization, constitute promoting humanitarian values?

I can’t recall a single time in American history where the US held its close ally Israel to such a moral high ground and denied it aid on the basis of human rights violations. Nor do I remember a similar instance with Kosovo. For some reason, America holds a double standard when it comes to Egypt.

The US fell into the trap of duplicity and conceit, and it fails to see itself as other nations in the world see it. It has come to suffer from a deeply ingrained issue of superiority and lack of self-awareness.

Yes, I say all of this without denying that there are certain human rights issues in Egypt. We talk about them openly and freely. With some, our government is already making significant improvements. With others, there is still a way to go. Yet when it comes to human rights, the West, led by the United States, is completely guided by double standards.

We have previously discussed the issue of American aid, and some of my colleagues even suggested that we should abandon it. But what concerns me isn’t the aid; it’s the American failure to understand complicated realities, their insistence on painting the world in black and white. 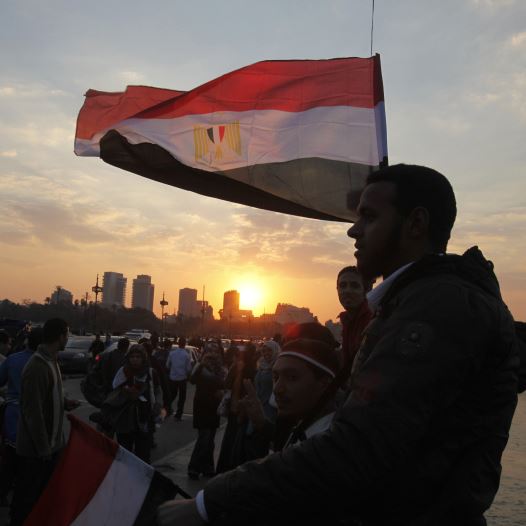 People stand on a bridge overlooking the river Nile as many Egyptians walk on the streets with Egyptian flags in Cairo (credit: REUTERS)

America doesn’t really know what is happening on the ground in Egypt. It is consuming its information from third parties, some of which have explicit political agendas. Unfortunately, it appears that the current administration also has been blackmailed by those who seek to harm Egypt.

Instead of working with our government to address such concerns, the Americans are confirming once again that they have double standards when it comes to human rights: one for themselves and another for the world. – Abdel Latif el-Menawy

EMPOWERMENT OF WOMEN AND UNEMPLOYMENT OF MEN

Some male citizens believe that the private and public sectors in Saudi Arabia have become inflated with the employment of women at the expense of men, which in their opinion, sooner or later, will cause a rise in unemployment rates among males.

It may be true, at first glance, that the unemployment rate among male citizens is high, especially when compared to the decrease in female unemployment. But at the same time, it must also be noted that overall female unemployment remains dramatically higher than that of male unemployment. Despite being given the opportunity to work, many women in the kingdom are still bound by outdated traditions and norms, while others struggle to find a job due to the decision of some businesses to hire only men.

One of the most prominent goals of the kingdom’s Vision 2030 is to raise women’s contribution and participation in the labor market to 30% by 2030, which requires opening more work areas to women. The issue of women’s employment has received great attention from the Saudi government and, in particular, from the relevant authorities, including the Ministry of Human Resources and Social Development and the Ministry of Commerce.

These government efforts culminated in the kingdom achieving qualitative leaps in terms of empowering women and increasing their economic participation in the labor market. The economic participation rate for Saudi females age 15 years and over reached 33.5% by the end of 2020, while the rate of women’s participation in the labor market nearly doubled from 17% to 31.8%, exceeding the 2030 vision target to reach 30%. The percentage of women in middle and senior management positions reached 30% in the public and private sectors during the past year. Further, key indicators also show an increase in the percentage of Saudi women in the civil service to 41% by the end of 2020.

Indeed, Saudi women – who constitute roughly half of Saudi society – have every right to enjoy equality in employment opportunities, including equal pay, with their male counterparts. Yet, at the same time, I also see the importance of balancing the employment of men and women to avoid an adverse impact on our labor market. Instead of hiring by gender, Saudi employers should hire based on competence, qualifications and abilities. In doing so, we will avoid solving one problem by creating another one. – Talat Hafiz

ANGELA MERKEL: THE MOTHER OF ALL

On September 26, Angela Merkel, who has been the chancellor of Germany since 2005, will leave office for the last time after 16 years in which she presided, without interruption, over Germany.

Despite deciding not to run for a fifth term, Merkel hadn’t lost any of her popularity in Germany or abroad, her image hadn’t been tarnished, and her country hadn’t collapse. Merkel decided to step down when she realized that her unwavering ability to hold her position could cause political problems for her country due to the need to ensure a “rotation” of power within the German political system.

Despite having no children of her own, Merkel has often been described by her countrymen and women as the “mother of the nation.” In stepping down, she proved that she indeed cares about her children more than she cares about herself.

The “strongest woman in the world” was working only for the strength of her country and the interests of her people. Merkel’s distinguished tenure strengthened Germany’s position in the European Union and in the world at various political, defense, financial, economic, social and environmental levels.

As she bids farewell to her country and the world, she leaves behind a unique legacy that will inspire many women leaders for generations to come.

Comparing Merkel with the politicians in many countries, including Lebanon, is impossible for many reasons. But the people of Lebanon can only look at Germany in jealousy: jealousy of a capable leader who has led her country through personal example and altruism, jealousy of the smooth transition of power, and jealousy of a system that respects the rule of law.

Merkel may be leaving office, but her example will never leave anyone who aspires to be a balanced, competent, dedicated, humble and righteous politician. Merkel didn’t need to win World War II to align herself with the greats of this world, such as Charles de Gaulle and Winston Churchill. It is enough for her to win a battle with the self over authoritarian desires, as she so gracefully has done. – Faris Khashan