Vote for the biggest Middle East news event of 2010

By JPOST.COM STAFF
Camel and desert
(photo credit: ASSOCIATED PRESS)
Advertisement
The year 2010 brought many major news events in Israel and the Middle East, and across the globe. This year, we're asking Jpost readers to vote for the biggest news events of 2010, for our special end-of-year summary. Vote now for the Middle East category:Tensions over the UN-backed Hariri tribunal 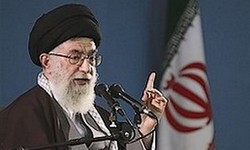 Supreme Leader Ayatollah Ali Khamenei
The UN tribunal investigating the 2005 assassination of former Lebanese prime minister Rafiq Hariri issued its first report in March, 2010. The Netherlands-based tribunal is schedule to release its first round of indictments in March, 2011, reportedly including members of Hizbullah. In recent months, various Middle East players have spoken out against the tribunal, including Iran's Supreme Leader Ayatollah Ali Khamenei, who said any findings would be invalid, and Turkish Prime Minister Recep Tayyip Erdogan who claims Hizbullah had no connection to the assassination. On December 7, 2010, a senior Military Intelligence official expressed fears that a Hizbullah takeover of the Lebanese government could follow the release of the tribunal's findings, if Hizbullah members are indeed implicated.The Stuxnet worm hits Iran's nuclear facilities 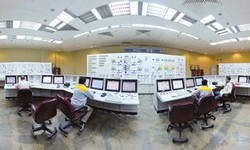 Stuxnet worm
The Stuxnet virus, apparently discovered in June, 2010, made headlines this year when it Iran’s nuclear facilities, setting back the Islamic Republic's nuclear program by up to two years. The virus operates as a computer worm. It is inserted into a computer system through a USB port rather than over the Internet, and is therefore capable of infiltrating networks that are not connected to the Internet.In November, Iranian President Mahmoud Ahmadinejad admitted that "software installed in electronic equipment" had damaged "several" of the country's uranium enrichment centrifuges.Symantec, a computer security firm, has suggested that that the computer worm might have been created to damage electronics that power uranium enrichment centrifuges.US pullout from Iraq 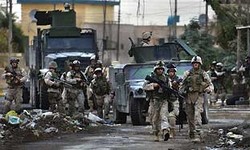 US Troops
The US began withdrawing troops from Iran on July 13, ahead of the major pullout in August, 2010. That week, US troop strength in Iraq dropped below 50,000, with remaining troops assuming a backup and training role.The withdrawal was dubbed the end to the US war in Iraq, which US President Barack Obama vowed to execute shortly after taking office in 2009. The full impact of the US combat mission is yet to be seen, as violence continues and the Iraqi parliament set to vote on a new government after months of deadlock following the country's inconclusive March 7 election.The Vatican's Middle East bishops synod 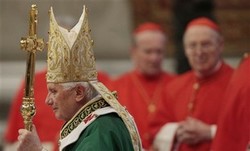 Vatican
The Palestinian-Israeli conflict played prominently on the sidelines of the Vatican’s two-week synod for over 200 bishops from Muslim countries in October 2010. Although the pope, Vatican officials and spokesmen attempted to close the door to politics (Benedict XVI defined the synod’s character as “pastoral”), obviously they managed to slip back in.While during the synod, discussions on the Israeli “occupation” were mostly conducted after hours in private halls or with journalists looking for news, the synod’s final documents give ample space to one-sided condemnations of that “occupation.”On the last day of the conference, Benedict announced plans for a synod in 2012 on “New Evangelization for the Transmission of the Christian Faith,” a sign of the Catholic Church’s steady concern with loss of followers everywhere.Direct peace talks re-launched in Washington 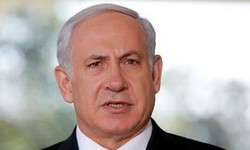 Prime Minister Binyamin Netanyahu
On September 2, 2010, a new round of direct peace talks between Israel and the Palestinians was launched in Washington, brokered by US President Barack Obama and US Secretary of State Hillary Clinton. Both Prime Minister Binyamin Netanyahu and Palestinian Authority President Mahmoud Abbas attended sessions in Washington, along with Jordan's King Abdullah and Egyptian President Hosni Mubarak.After a series of meetings, the talks ultimately stalled with Palestinian demands that Israel renew its 10-month West Bank construction moratorium, which expired on September 26. Despite US and regional efforts to broker deal, Israel refused to extend the freeze, and proximity talks have been held by US Mideast envoy since that time.Click here to vote for the top international story of 2010Click here to vote for the top Israeli story of 2010 Do you have a different nomination for biggest Middle East news story of 2010? Post a talkback below.