"It is indeed the first time that Islamist groups took over an outpost of such importance and at this proximity to the Israeli border." 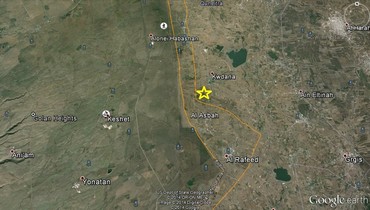 The Nusra Front, al-Qaida’s branch in Syria, released a video showing the group taking over an important Syrian army post near the Golan Heights earlier this month.The Nusra Front and various other Islamist groups are seen in the video, released on Wednesday, taking over Tal al-Ahmar (“The Red Hill”), a Syrian military post located in the Quneitra Governorate, according to an exclusive report on the video by the Jihad and Terrorism Threat Monitor of MEMRI (the Middle East Media Research Institute). “It is indeed the first time that they [Islamist groups] took over an outpost of such importance and at this proximity to the Israeli border,” Rafael Green, director of the Jihad and Terrorism Threat Monitor, told The Jerusalem Post on Thursday.“According to other reports in the Arabic press, Assad forces are preparing an attempt to retake it, due to its value,” he said.Asked how certain MEMRI is about the veracity of the jihadist video, Green responded, “We are absolutely certain of the claim” as the “information and the footage are consistent with what is known about the operation from other sources. We can cross-check the footage with video from other groups.”Responding to reports in recent weeks that say the tide of the civil war has swayed in President Bashar Assad’s favor, Green speculated that while the Syrian army is gaining in some areas, the rebels, who include al-Qaida, have been successful in other areas such as on the coast.“In light of their success in the battles for the northern coast, which they named ‘The Battle of Anfal,’ they initiated a series of battles named ‘The Echoes of Anfal,’ and the takeover of Tel al-Ahmar is one of these,” he explained.The report cites a Syrian opposition website that said this outpost has facilities for collecting signals intelligence installed with help from the Iranians in 2007.After the victory at the outpost, Sami al-Aridi, a prominent Nusra Front religious figure, is seen sitting on top of the hill next to a group of exultant fighters and declaring, “This scene speaks [for itself].“The banner of tawhid [the Islamic concept of monotheism] was first raised in this century by Osama bin Laden, and shall continue to be raised” and “move from [one] lion to [another]... until it reaches Muhammad... the Mahdi [‘the Redeemer’],” he said according to MEMRI’s report.“The era of epic battles began with the 9/11 attack,” Aridi added.In another scene, a Nusra Front fighter stands among dead Syrian soldiers and says the group is on the “front line of defending the Muslim ummah [‘nation’]” against the “Safavid-Rafidite [Persian-Shi’ite] alliance,” which, he says, extends from Qom (Iran) to Beirut’s southern neighborhood (a Hezbollah stronghold).The man also says that the al-Qaida-linked group is fighting against the Zionist-Crusader alliance that occupies Muslim lands.Ehud Yaari, a Lafer International Fellow at the Washington Institute for Near East Policy and a Middle East commentator for Channel 2, told the Post in an interview on Thursday that what appears to have happened is that various groups stormed an outpost of the Syrian Army’s Brigade 90, which operates in the border region.However, he said, the site of the attack is not in the immediate vicinity of the separation line marking the buffer zone with Israel.“We see that for Assad, the Golan side is not a priority now” and he is not bothering with the sector.His attention is elsewhere and this can be demonstrated by reports of discussions with rebels in southern parts of Damascus to withdraw, Yaari said.“This is not a major change of the overall situation in that sector, though it was a tactical success for the rebels,” he said.Nusra is not necessarily the primary or sole player in southern Syria, he added.Asked if this is evidence that the Western policy of backing rebel groups to counter more radical al-Qaida type jihadi groups is failing, Yaari responded that he does not draw this conclusion.“Nusra is careful not to mess with Israel near the border,” he said.