In the video, Sib Eddi - or Hands Off, a scantily clad Reda el-Fouly dances while singing about being sexually harassed on a bus and enjoying it. 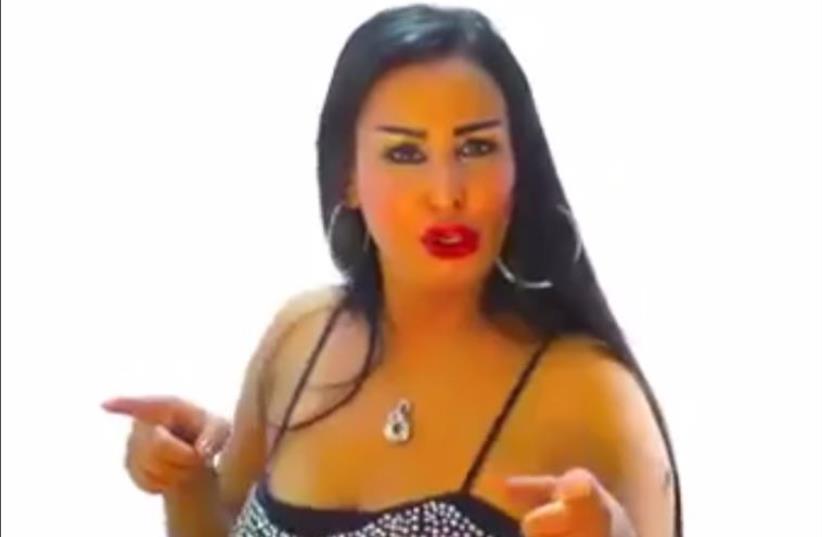 Egyptian belly dancer Reda el-Fouly.
(photo credit: screenshot)
Advertisement
An Egyptian belly dancer has been sentenced to serve a year in prison on charges of "inciting debauchery" after she starred in a suggestive video on YouYube, the Daily Mail reported on Tuesday.In the video titled Sib Eddi - or Hands Off, a scantily clad Reda el-Fouly dances while singing about being sexually harassed on a bus and enjoying it.El-Fouly claimed that the video was a satire of celebrities who behave in an overly-sexual manner, but prosecutors argued that the clip "disrupted morality."Wael Elsedeki, the video's director, who is also el-Fouly's boyfriend, was sentenced in absentia to a year in jail after having fled the country. He is believed to have fled to Tunisia, according to the Mail.Egyptian laws reflect the fact that it is a predominantly Muslim country.  Women’s clothes are expected to cover the legs and upper arms.