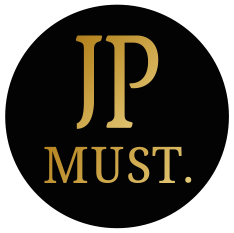 Eric Adams arrived for an intimate evening at Rosen’s penthouse apartment on Park Avenue. After a kosher dinner, the candidate delivered remarks and expressed his admiration for the State of Israel.

Among the attendees were hotel owners and prominent realtors.

MUST has learned that a world-renowned model from Russia was also in attendance.

New York’s mayoral election is this November, and it seems that Adams, currently Brooklyn borough president, is the leading candidate for the position.

National Library of Israel to get floral neighbor with new park

This was the first in-person gathering of the Israeli Friends Association of the Weizmann Institute of Science since the coronavirus pandemic hit Israel 21/04/2021 16:56 PM
MUST COVER

Behind-the-scenes at an exclusive fundraising event for Impact Collections

High-quality chocolate to Jerusalem? Here you have it

ANU raises a glass in honor of Passover

Rinat and Moti Kozhinoff, the chairpersons of the organization, greeted the guests 31/03/2021 09:10 AM
MUST FOLLOW

To be Israeli is to be reckless and capricious but effective

Shani created thousands of decorated envelopes, combining embroidery, sewing, and painting, and mailed them to addresses all over the world. This was the result 19/04/2021 23:30 PM
MUST JOIN

3D your home to charming

Soon pulls together the environmental, economic aspect and social aspect of design 19/04/2021 23:27 PM
MUST INSPIRE

What are Roman Abramovich's latest projects?

From the Holocaust to nuclear medicine, this is how the owner of Chelsea football club is contributing 24/03/2021 16:21 PM
MUST ZOOM

A fresh perspective on fashion, art, and culture

Meet Orit Fuchs, a storyteller with a deep, pure appetite for art

UAE ambassador to Israel: 'This is how we build a warm peace'

Members of the Friends of the Vertigo Dance Company were invited to the special event 25/03/2021 08:30 AM
Load more