Sheba Medical Center director Rotstein: Ex-PM was not on dialysis, but doctors administered antibiotics due to numerous infections. 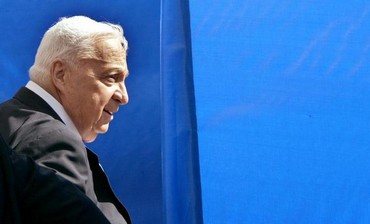 Former Prime Minister Ariel Sharon. (Reuters)Former Prime Minister Ariel Sharon is in critical condition, and his life remains in danger due to a deterioration in the function of vital organs, the head of Sheba Medical Center at Tel Hashomer said on Thursday.Professor Ze'ev Rotstein told reporters on Thursday that Sharon, who was reported to have been suffering from serious kidney failure, was not on dialysis, but that doctors were administering antibiotics due to numerous infections."He's getting all the treatment necessary," Rotstein said. Sharon’s life has been hanging in the balance over the past two days due to what Rotstein said was "a serious deterioration in his health."Sharon's long-time spokesman, Ra'anan Gissin, said that the former prime minister's kidneys have deteriorated, and "there is no doubt that it is terminal. We can't see any recovery or improvement in his health condition."Gissin, who served as Sharon's spokesman for 15 years, said he last saw him in the hospital some five years ago, and has stayed in touch with Sharon's sons and former driver.Gissin characterized his former boss as "not a person you can forget, he is in people's minds." He said that he still meets people on the street who recognize him from his days at Sharon's side, and say that they still think about the former prime minister.According to Gissin, Sharon was "fighting until the last moment.," something he said indicated that his "life force is so strong. We need people like him to continue the project of building the State of Israel."Sheba Medical Center spokesman Amir Marom said Sharon’s condition had deteriorated over the past few days. Asked what was expected for the day ahead, he said, “Only God knows.”Sharon’s two sons, Omri and Gilad, remained close to their father late Wednesday awaiting further developments and treatment.“We have hope, we always have hope,” Omri Sharon, a former MK, told The Jerusalem Post from the hospital.Doctors at Sheba reportedly told Gilad and Omri that their father had no more than a few days left to live.Channel 2 reported that Sharon’s condition was initially revealed by a minister who happened to come to the hospital for treatment and spoke to the former prime minister’s family.It was reported earlier that Sharon had been undergoing dialysis treatments for kidney failure in order to prevent the failure of the rest of his organs. The former prime minister underwent surgery a month and a half ago to treat an infection caused by kidney failure.The 11th prime minister of Israel has been in a coma since his January 4, 2006, stroke. Sharon’s family intended to mark the anniversary of the stroke this week.The 85-year-old has mostly undergone care at Sheba Medical Center at Tel Hashomer since then.He has seen sporadic positive responses to scans that measure brain activity, but has remained in a deep vegetative state since his initial hospitalization.Last January, functional magnetic resonance imaging (fMRI) of Sharon’s brain had shown “surprisingly significant” activity, according to a team of brain researchers at Beersheba’s Ben-Gurion University of the Negev and Soroka University Medical Center on Sunday.However, it did not indicate that he would ever regain consciousness, or that he felt anything, other MRI experts said.Justice Minister Tzipi Livni, who founded the Kadima party together with Sharon, wrote on Facebook: “I can’t stop thinking about Arik tonight.”Former deputy foreign minister Danny Ayalon, who was an adviser to Sharon, tweeted Omri and Gilad Sharon, “I’m with you in these tough hours. Arik, you are missed.”Sharon is one of Israel’s legendary politicians and military leaders. He played an instrumental role in IDF victories in the Sinai desert in both the 1967 Six Day War and in the 1973 Yom Kippur War. His victories on the battlefield, immortalized by the image of him in an IDF uniform with a white bandage wrapped around his wounded forehead, earned him the title, “Arik, King of Israel.”He was equally fearless in the political arena, where he was the father of two parties, Likud and Kadima. As defense minister in 1982, he oversaw the Lebanon War before he was ousted from office in 1983 as a result of the Sabra and Shatilla massacre for which the Kahn Commission of Inquiry found him indirectly responsible.But he returned to politics. As construction and housing minister from 1990 to 1992, he was responsible for a massive building effort of 144,000 apartments to house the flood of Russian-speaking immigrants from the former Soviet Union bloc. As the father of the settlement movement, he was also instrumental in building thousands of homes in Judea and Samaria and is famous for urging right-wing activists “to run for the hilltops.”He rose to the post of foreign minister in 1998. In September 2000, as the head of the Likud party, his walk on the Temple Mount was cited by Palestinians as the trigger for the second intifada.He was elected prime minister in 2001 and under his leadership Israel began to built its security barrier in the West Bank.He was famous for the slogan “The fate of Netzarim [a Jewish settlement in the Gaza Strip] is the fate of Tel Aviv.” But as prime minister, he formulated and executed the disengagement, in which Israel evacuated 21 Gaza settlements along with another four in northern Samaria. In 2005, he left the Likud in anger, choosing to create Kadima with Shimon Peres, Ehud Olmert and Livni.After his stroke, Kadima went on to win the 2006 election under Olmert’s leadership.
Advertisement
Subscribe for our daily newsletter