'IAF rabbi should be fired from position' 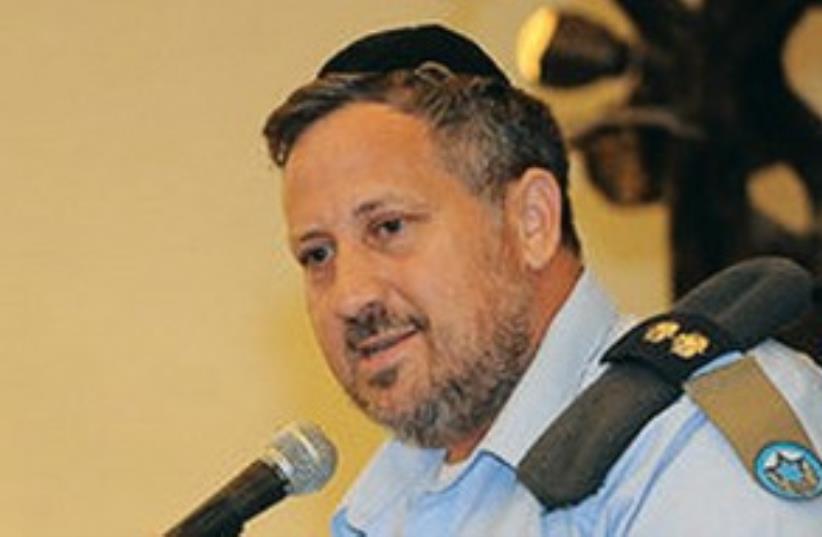 Israel Air Force Chief Rabbi Lt.-Col. Moshe Ravad 311
(photo credit: IDF)
Advertisement
IDF Chief Rabbi Brig.-Gen. Rafi Peretz on Wednesday recommended the firing of Israel Air Force Chief Rabbi Lt.-Col.Moshe Ravad for publicly criticizing the army protocol obligating religious soldiers to attend ceremonies that feature women’s singing.RELATED:
'IDF religious won't hear women sing? Use earplugs'
Religious cadets axed from officers coursePeretz said Ravad had overstepped his authority with conduct unsuitable for an officer, and called upon IAF Commander Maj.-Gen. Ido Nehushtan to fire and replace him.On Tuesday, Ravad resigned from the “Shahar” program – aimed at integrating haredi men into the army while allowing them to maintain their ultra- Orthodox lifestyle – due to claims of possible changes to the terms of service that enable soldiers to maintain a strict level of observance.Relations between the army and religious soldiers have been strained following the ruling by Chief of Staff Lt.- Gen. Benny Gantz on Monday obligating every soldier to attend all official army ceremonies, even if they include women singing, which observant soldiers object to on the basis of religious law.Soldiers may, however, request exemptions from informal army events featuring women singing or dancing.In a letter, Ravad claimed that the IDF Manpower Directorate was reviewing the terms of service for the Shahar program.“In the last draft of the new terms of service, I saw that the articles designed to preserve the piety of the soldiers had been removed, as well as the paragraph designed to provide exemptions for activities which would negatively affect their piety,” Ravad wrote.Ravad acknowledged that the new terms of service had not been finalized, but stated he could not continue working for the program’s administration as rabbi and adviser “in the current circumstances.”The one-and-a-half to two-year Shahar track provides haredi soldiers with technical training that both qualifies them for army positions and helps them find employment after their service is completed.In 2011, 500 soldiers entered the program, with approximately 800 in active service. In total, 2,000 haredi soldiers have enlisted in the Shahar framework in the past four years.Ravad was instrumental in helping set up the program and drafting the terms under which the haredi soldiers would serve.MK Yohanan Plesner (Kadima) spoke out against Ravad, rejecting his claims and saying his actions would ultimately harm the program.“With his public statements, Rabbi Ravad acted like a politician and endangered the continued development of the Shahar program, which constitutes the spear-heading of [efforts] to integrate the ultra-Orthodox into the army and the workforce,” Plesner said on Wednesday.Plesner – chairman of the Knesset working group for implementation of the Tal Law that is designed to increase the proportion of ultra-Orthodox soldiers – earlier criticized Ravad’s actions as “irresponsible” and denied that any changes to program terms of service were being considered.“I have not found any reference at all to Rabbi Ravad’s claims regarding any changes to the terms of the Shahar program,” Plesner said. “Experience shows us that haredim who enlist in the Shahar program are still haredi when they leave the program, and this controversy which Rabbi Ravad has instigated is unnecessary.”According to the IDF Spokesman’s Office, Ravad is scheduled to step down as IAF chief rabbi in the summer of 2012, but had not submitted a request to end his tenure as IAF chief rabbi or his military service.Before Peretz issued his recommendation, several soldiers from the Shahar program spoke out in support of Rabbi Ravad’s position.“Rabbi Ravad has shown us the way. If he has done it, we will all do it – everyone will find a way to leave because the army has betrayed us,” said one Shahar soldier in an interview on Radio Kol Hai on Tuesday night.The soldier continued: “They explicitly promised all soldiers in Shahar when we were drafted that we wouldn’t need to do night patrols, we wouldn’t need to attend mixed [gender] events, we wouldn’t need to attend lectures given by women – and at the moment they’re infringing all these promises.”On Tuesday night, IDF Manpower Directorate head Maj.-Gen. Orna Barbivai spoke to Shahar soldiers at a celebratory event for the program, to which the soldier objected.“We were studying in yeshiva and the army came and convinced us that we wouldn’t need to go against any of our values or rabbinic instructions,” he stated. “Now, we feel hated – that the army doesn’t want us, and is neglecting its promises.”The soldier added that the new ruling making all official army ceremonies obligatory would lead to religious soldiers disobeying orders.“We are Orthodox soldiers, not Reform, and we will fulfill that which Jewish law prescribes,” he said. “There’s no question that all 2,000 Shahar soldiers would rather sit in jail than listen to women sing.“If we had known that they wouldn’t keep their promises, we would never have enlisted. And they’ll see the results of this in the next draft; there will be zero haredi soldiers enlisting in the army if they don’t want us,” he continued.Jewish law generally prohibits men from listening to women sing, although rabbinic authorities have ruled that leniencies can be applied for recorded music and radio broadcasts.According to the religious freedom lobbying group Hiddush, approximately 90 percent of former Shahar soldiers are now employed because of the professional training they received in the army. Hiddush said on Wednesday that the program must not be endangered and that is was vital for an agreement on the problems which have arisen to be reached.At Tuesday’s Shahar celebration, IDF Chief Rabbi Peretz told the gathered soldiers that it is important to the army that their service isn’t jeopardized.“I’m working as hard as possible to keep your world from being harmed.The studying, Jewish law, the home, the laws of modesty – we will always take care of these issues,” Peretz said.
Advertisement
Subscribe for our daily newsletter