Yoni Netanyahu was the only Israeli soldier killed during the raid launched by special forces in rescue of over 100 Israeli and Jewish passengers.

By JPOST.COM STAFF
JULY 4, 2014 22:08
Prime Minister Binyamin Netanyahu kneels at the gravesite of his brother, Yoni Netanyahu.
(photo credit: REUTERS)
Advertisement
Prime Minister Binyamin Netanyahu visited the gravesite of his brother, Yoni, on Mt. Herzl in Jerusalem on Friday on the 38th anniversary of the famous Entebbe rescue mission.Yoni Netanyahu was the only Israeli soldier killed during the raid launched by special forces who successfully extricated over 100 Israeli and Jewish passengers of an Air France jet that was taken hostage by Palestinian and German terrorists. 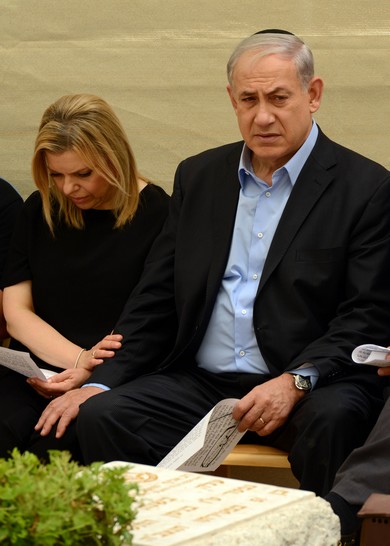 Netanyahu was joined by family, friends, and political and military dignitaries, including IDF chief of staff Benny Gantz, President-elect Reuven Rivlin, and Knesset speaker Yuli Edelstein.The events of Entebbe are believed to have had a profound impact on Netanyahu, who went on to write numerous books about terrorism before embarking on a successful diplomatic and political career that eventually brought him to Israel’s premiership. 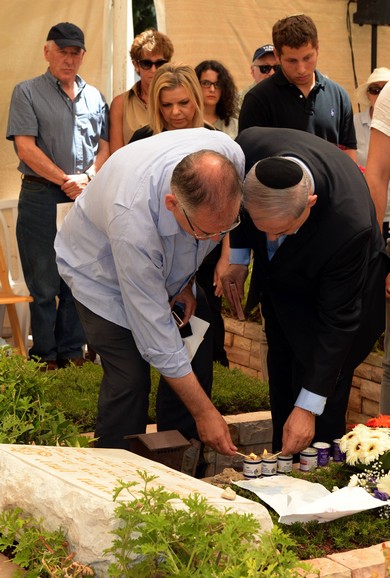 At the time of the operation, Netanyahu said during a memorial last year, he was studying in the US, and the moment he heard IDF soldiers had landed in Entebbe, he knew his brother had to be there, and called his parents.“This day changed my life and the lives of my parents and my brother [Ido]. My parents have died since then, but I will never forget their grief over the fall of their firstborn son,” the prime minister said.Netanyahu also recounted attending a ceremony in Uganda honoring his brother and the others who fell in the Entebbe operation, saying he does not take it for granted that a foreign country would honor IDF soldiers. 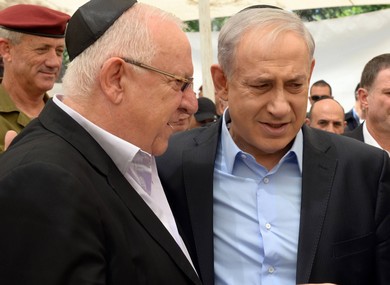