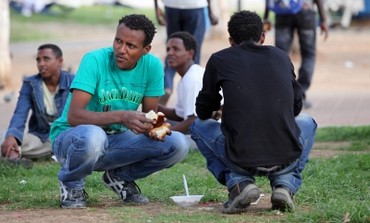 The Israeli Immigration Policy Center on Thursday expressed support for the High Court of Justice’s decision to reject a request by pro-migrant rights groups’ to temporarily freeze the state’s new African migrant policy before it is fully implemented.The NGO supports the rights of long-time residents of South Tel Aviv to be free from the negative impacts of a large volume of illegal migrants and called the request for a policy freeze “groundless at its core.”Yonatan Jakubowicz, the NGO’s director, accused the groups of trying to harm democracy and the rule of law by trying to disqualify a policy without a full hearing and due process.Pro-migrant groups wanted to prevent implementation of the policy until the court heard their petition to strike down the new policy as unconstitutional, which would void orders sent to 500 migrants to present themselves at a new “open” detention center in the South.The new policy was passed into law in December 2013 on a rushed-basis following the court’s striking down the previous policy as unconstitutional in mid-September 2013.Earlier this week, south Tel Aviv residents also showed support for Interior Minister Gidon Sa’ar, showing up for a private visit at his house to thank him for his efforts in leading the way to passing the new policy in the Knesset.
In a video that showed Sa’ar joined by the residents, who were holding banners such as “Gidon Sa’ar – our children thank you,” the interior minister told the residents, “there is nothing that can divert us from our goal.”Sa’ar continued in the video, “We will continue with actions which will encourage [migrants] to leave voluntarily, we see a significant rise in illegal migrants leaving voluntarily.”He added, “We will continue to reinforce the feel of personal security in the neighborhoods of south Tel Aviv.”A spokesman for the Israeli Immigration Policy Center organized the show of support after the media attacked Sa’ar for his position on the migrant issue.The new policy permits Israel to place new illegal migrants in closed detention for up to a year pending determination of their refugee status. It permits placing illegal migrants who were present before the law was passed in an “open” detention center indefinitely.Many of the migrants have responded by refusing to remain in the open detention center and with protests and marches, while the state has then arrested many of the migrants.
Advertisement
Subscribe for our daily newsletter