SS officer who organized logistical aspects of the liquidation of Europe's Jews was hanged on May 31, 1962 in Ramle prison.

By JPOST.COM STAFF, REUTERS
MAY 31, 2014 11:43
Adolf Eichmann during his trial in Jerusalem.
(photo credit: REUTERS)
Advertisement
It was 52 years ago on Saturday that one of the most notorious Nazi war criminals paid for his role in helping to orchestrate the mass extermination of European Jewry.Adolf Eichmann, the SS lieutenant colonel who played a major part in organizing the logistical aspects of the liquidation of six million Jews in Europe, was hanged on May 31, 1962 in Ramle prison. 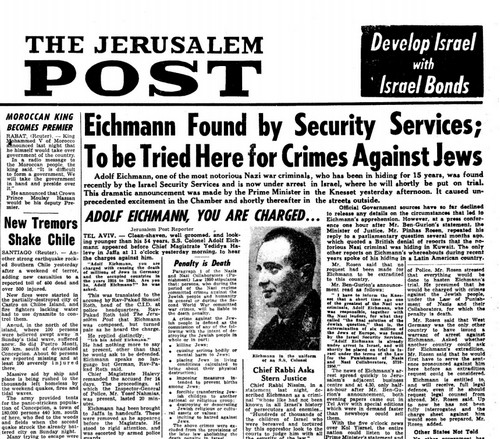 After fleeing Germany following the war, Eichmann lived under a false identity in Argentina for years before he was tracked down and abducted by Israeli agents. He was tried and convicted of crimes against humanity. His execution is the only instance in the history of the State of Israel in which authorities handed down a death sentence.In 2011, a new German book claimed that Eichmann longed to leave hiding and return to Germany to get recognition for sending millions of Jews to their deaths.

Tired of farming rabbits in anonymity in Argentina after World War Two, Eichmann came forward in 1956 in a recently discovered letter, asking West German Chancellor Konrad Adenauer if he could return so he could claim his place in history.The letter, along with hundreds of other uncovered documents in German archives, forms the basis of author Bettina Stangneth's book Eichmann vor Jerusalem (Eichmann before Jerusalem), which will be released here on April 18. 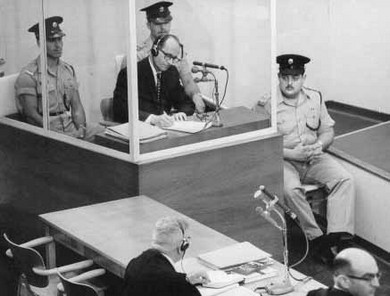 Stangneth told Reuters she was stunned when she found the typed letter from Eichmann in a mis-identified state file."It's a tactical letter from Eichmann," Stangneth said. "He wanted his place in history. He always thought he could be the redeemer of the German people. He wanted to relieve them of their (post-war) guilt."Eichmann was captured by Israeli agents near Buenos Aires in 1960. The book's release coincides with the 50th anniversary of his trial, which began in Jerusalem in April 1961. He was later convicted of crimes against humanity and hanged in 1962."It is time for me to step out of my anonymity and introduce myself," wrote a 50-year-old Eichmann, who lived in Argentina from 1950 to 1960 under the pseudonym Ricardo Klement. "Name: Adolf Otto Eichmann. Profession: former SS Lieutenant Colonel.""How much longer fate will allow me to live, I don't know," Eichmann wrote in the remarkable letter addressed to Adenauer.