Minds of Peace initiative brings citizens from both sides to the capital to talk to each about all of the core issues.

By DEBORAH DANAN
AUGUST 25, 2013 09:44
The People's Peace Plan meeting 370
(photo credit: Marc Israel Sellem/The Jerusalem Post)
Advertisement
A group of 20 Israelis and Palestinians convened Thursday and Friday on King George Street in Jerusalem in order to sign "The People's Peace Plan." The initiative was spearheaded by Minds of Peace, an apolitical organization that is committed to reaching a peace treaty on the Arab-Israeli conflict. According to Ibrahim Enwabi, the aim is "to show that peace can be done between the people and the leaders. This isn't about sitting in closed rooms, we're on the streets." The treaty covered all aspects of final status negotiations, including Jerusalem, the settlements and the Palestinian Right of Return. The public was invited to take part in the negotiations, and passersby were given a chance to voice their opinions. Things escalated, however, when a Palestinian from a refugee camp close to Hebron came under assault by an elderly women from Jerusalem who struck him multiple times with her handbag. Another elderly women from Jerusalem shouted over and over again, "How can you sit with these people? They have blood on their hands!" 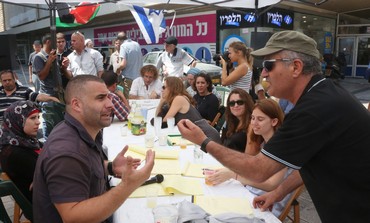 A haredi passerby commented, "This is a good thing, 25 years ago who could've have witnessed such a scene? No one would have ever dared to sit with what we said was the enemy."By 3 p.m. on Friday, Border Police arrived on the scene to break up the two-day meeting, but by that time most of the issues had been discussed. The two sides agreed that all settlement building would cease during negotiations, which should last no longer than a year. Palestinian prisoners (political not criminal) would be released gradually under the supervision of a joint Palestinian-Israeli committee and would commit to giving up violence and incitement. 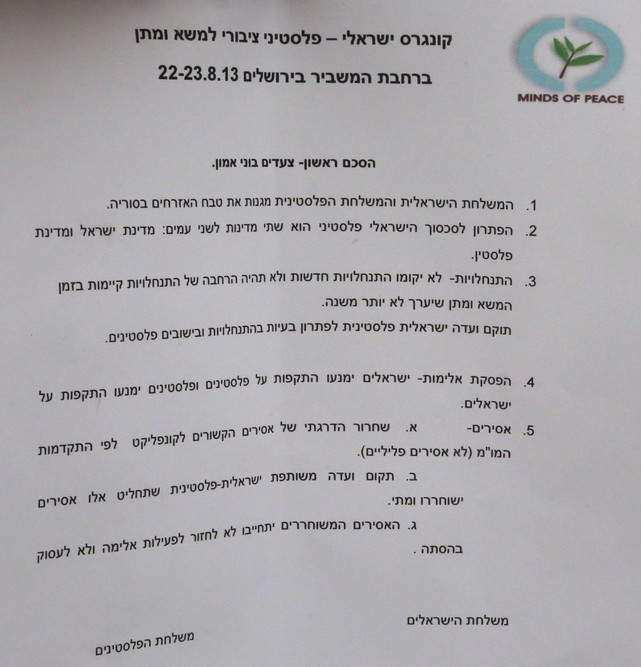 The borders for a Palestinian state would reflect those of 1967 but with a proviso for land swaps that would not exceed 5% of the West Bank. Land swaps will be regulated by a joint committee of Palestinian and Israeli experts.The newly established Palestinian state would not have an army but would have armed police forces. A security strip will be established along the border between the Palestinian State and Jordan, supervised by an Israeli, Palestinian and International "border protection unit." The border crossings between the Palestinian State and Jordan would be under Palestinian jurisdiction.With regards to the settlements, all Israeli residents living beyond the Green Line would be given the option of either evacuating or staying under Palestinian sovereignty and the Palestinian state in return would agree to protect the rights of minorities.The issue of Jerusalem and the Right of Return was not resolved but the two sides committed to meeting again and coming to an agreement. 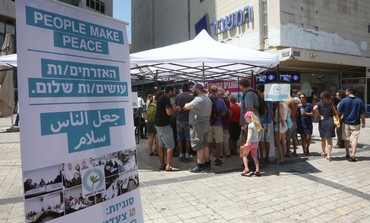 Minds of Peace intends to present the final draft of the peace treaty to Prime Minister Binyamin Netanyahu. Hadassah Froman, the widow of the late Rabbi Menachem Froman - rabbi of the Tekoa settlement and regarded as a peacemaker - was also in attendance at Friday's signing. "Until we can show that there actually a dialogue between the people on the ground, none of it is worth anything," she said.For her own part, Mrs. Froman was the recipient of insults and invectives hurled at her for trying to negotiate with Palestinians.
Advertisement
Subscribe for our daily newsletter