The youth, 17, told authorities that he saw Refaeli’s image on the hit reality show "X Factor" and wanted to meet her. 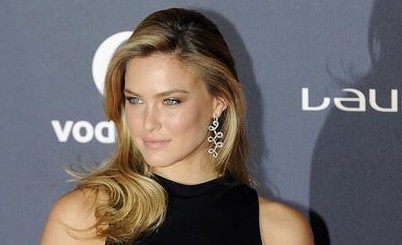 Tel Aviv police arrested an Ashdod youth, 17, on Sunday for sending harassing text messages to Israeli supermodel Bar Refaeli.Authorities say the suspect managed to obtain Refaeli’s contact information by pretending to be her brother.He then sent Refaeli repeated text messages.The youth told authorities that he saw Refaeli on the hit reality show X Factor and wanted to meet her.He was released on the condition that he will not attempt to make any sort of contact with the complainant for 30 days, and was given a restraining order banning him from being within 500 meters of her house.Earlier this year, the 27-year-old supermodel signed a contract with Reshet TV, rumored to be of around NIS 1 million, to host the Israeli version of the popular music contest, made famous in the UK by Simon Cowell and his unique brand of judging.Refaeli is joined on the show’s panel by singers Ivri Lider, Moshe Peretz and Rami Fortis.While the judges are all household names in Israel, host Refaeli is accustomed to making headlines abroad as well as in her homeland.Back in February, the blonde bombshell featured in one of the most talked- about commercials of the 2013 Super Bowl, for Internet domain hosting company GoDaddy. The 30-second clip, entitled “Perfect Match,” featured Refaeli in an excruciatingly loud make-out session with a plump computer nerd, as an announcer explained that the company was a perfect combination of sexy and smart.Refaeli came under fire in December of last year for posting a photo of herself dressed in a Santa suit on Instagram with the caption “Good Morning Santa.”Twitter followers berated Refaeli for wearing a Santa suit, since she is Jewish, even telling her that she is “betraying Israel.”While the model received a number of harshly worded messages condemning the picture, many of her Instagram followers came to her defense. “Part of her fans are Christians.You can’t judge a person cause of his religion,” one follower wrote.