Tips for protecting our cats and dogs during Independence Day festivities

The animal welfare organization, Let the Animals Live Israel tells pet owners how to soothe their pets during the loud sirens and fireworks. 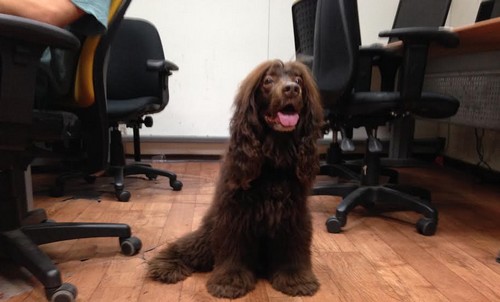 Tzadok the dog. Photo credit: Nathan Wise With two blaring sirens heralding Remembrance Day this week, and then the booming fireworks and music of Independence Day to follow, it is important to remember the welfare of our cats and dogs.The animal welfare organization, Let the Animals Live Israel, has provided some tips for keeping our furry friends safe and untraumatized by the noise of the upcoming days.First, the organization suggests that people should close all windows and doors of their houses during the sirens and the fireworks.LALI says the loud sounds may cause the terrified dogs and cats to run away.Second, LALI suggests speaking to your animals in a soothing tone that they are familiar with, and stroking them in order to calm their nerves.On Independence Day eve on Monday, when the streets are packed, LALI recommends not taking dogs out in order to minimize their stress. On Independence Day, when parks are filled with barbecuers, LALI says to keep dogs on a long leash so as to give them a sense of freedom but also of security.Finally, the welfare organization has something to suggest for the human menu on Independence Day. On a holiday famous for its meat eating, LALI suggests people hold vegan barbecues.“It is important to not only think about the house pets during this time of year, but also the farm animals. Why caress your pet and eat the farm animal,” LALI spokeswoman Etti Altman said.

Video of Tzadok the dog howling during siren.
Advertisement
Subscribe for our daily newsletter