By YONI COHEN
Eli Yishai 370
(photo credit: REUTERS/Ammar Awad)
Advertisement
Interior Minister Eli Yishai is accustomed to making headlines for his conservative policies and defense of traditional Jewish family values.For this reason, the Shas leader may be surprised to find out that he has made a list of the “Hottest Guys in Israeli Politics” put together by a popular gay magazine.The list, compiled by the F.O.D. (Friends of Dorothy) gay lifestyle magazine, will be released in full on December 28 in the latest edition of the glossy, ahead of the elections for the 19th Knesset.While Prime Minister Binyamin Netanyahu does not feature on the list, his son Yair made the cut, according to a preview released by the magazine.Other prominent MKs on the list include Bayit Yehudi chairman Naftali Bennett, as well as Meretz MK Nitzan Horowitz, who is himself gay and a vocal advocate of gay rights.While the list was intended to rank male politicians only, one female did surprisingly feature – Labor leader Shelly Yacimovich. 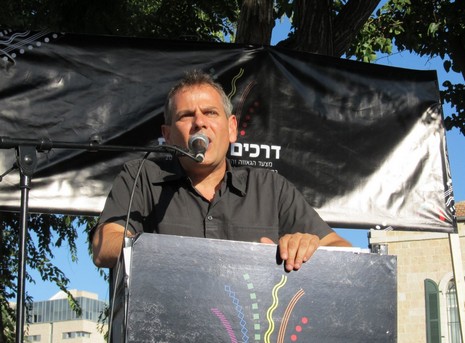 Meretz MK Nitzan HorowitzThe list was compiled by staff at the gay magazine according to criteria including charisma and level of influence, as well as looks, physical build and charm.F.O.D is an international lifestyle magazine aimed at the Tel Aviv gay community that focuses on a wide variety of issues concerning the Israeli gay man.