The quilled creature was wrapped in a blanket until veterinary services could arrive in the morning. 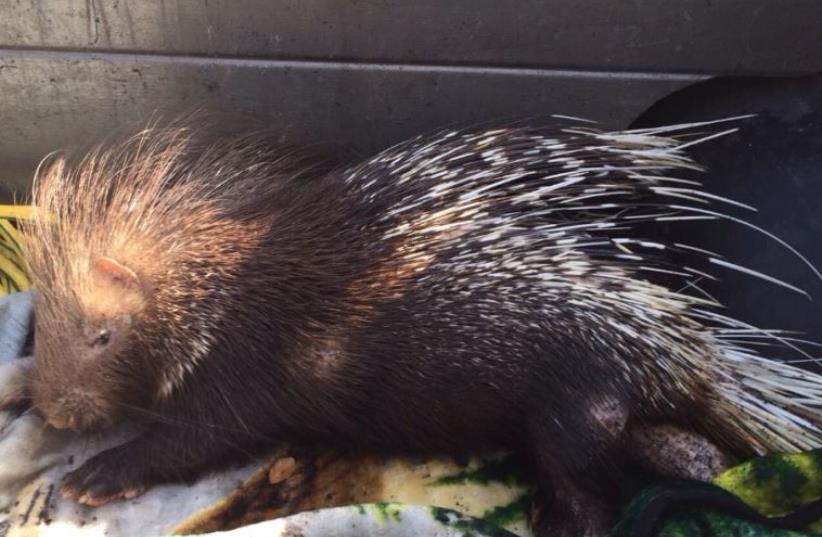 Porcupine injured in winter storms at Lake Kinneret
(photo credit: MUNICIPAL ASSOCIATION OF KINNERET)
Advertisement
An injured porcupine was nobly rescued Friday by workers for the Lake Kinneret (Sea of Galilee) Authority who were patrolling the area overnight. The animal was hurt following the strong winds and storms in the North.Veterinary services were not available until the morning, so the workers took the porcupine to their offices, where they wrapped their new, quilled friend in a blanket and placed him near a space heater for warmth.Fierce winds combined with precipitation of rain, sleet, and snow forced the cancelation of school in the Galilee town of Safed on Friday, though instruction will take place as per usual in Merom Galil.Israel remains in the grip of a winter storm that dumped 30 centimeters of snow on the lower plateau of Mt. Hermon and 60 centimeters on the upper ridge.As of 7:15 a.m., snow continued to accumulate at the site. More of the white stuff is expected throughout the day on Friday in the higher-elevated areas, with a chance that it could fall in Jerusalem.