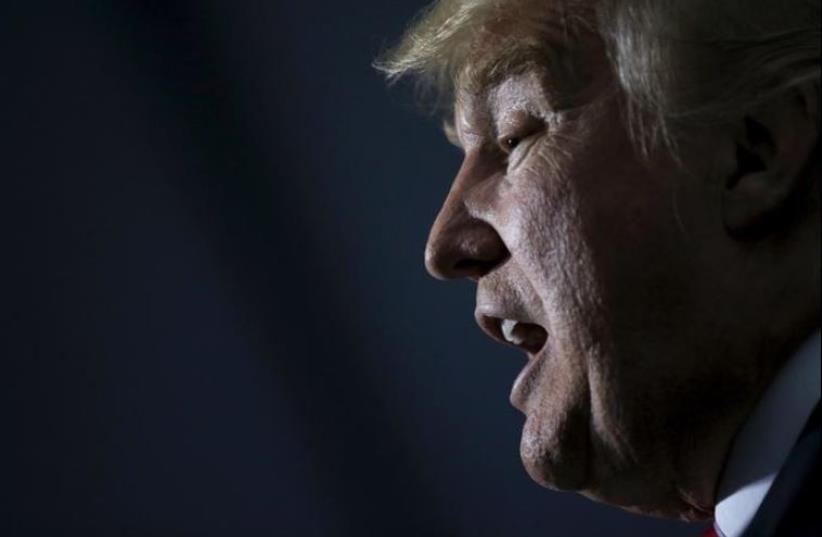 Donald Trump.
(photo credit: REUTERS)
Advertisement
In response to a recent shock-provoking call made by US Republican presidential candidate Donald Trump, Internet activists have been adhering to another outrageous proposal to get rid of the outspoken businessman.A Michigan woman on Thursday launched a tongue-in-cheek online petition to NASA, calling to "send Donald Trump into space and leave him there."  The real estate mogul spurred international uproar this week by voicing a proposal to ban Muslims from entering the United States.The petition posted on the change.org platform aims to reach 35,000 supporters before it is purportedly filed to the US space agency. By Saturday, the online petition had garnered more than 29,000 seemingly fed-up signatories. "We are all tired of hearing about what outrageous thing that Donald Trump has said, done, wants to do, believes, etc. My solution to this is to send him into space and leave him there," read the petition. "If this petition gets enough signatures I will attach a link to where you can donate to make this happen. It wont be cheap, but it will be worth while," it continued.