"I apologize for the bad joke I attempted in poor taste about President Trump," Depp stated following a wave of backlash. 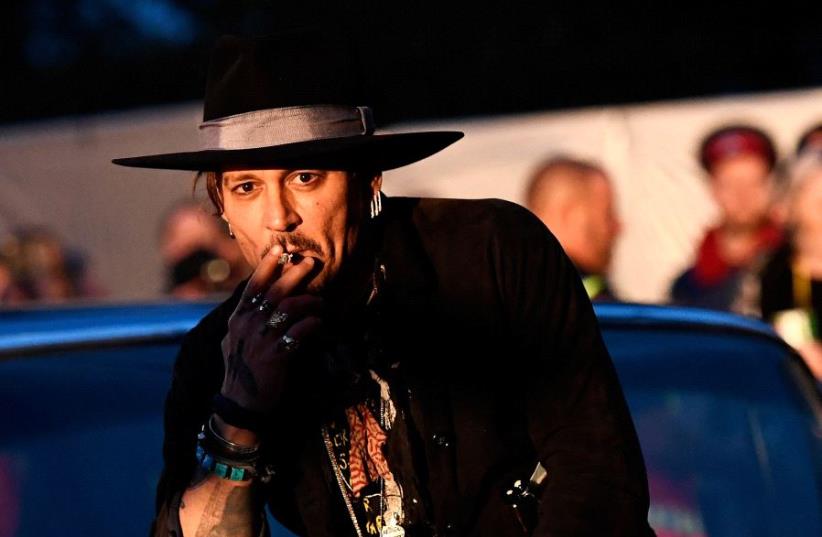 Actor Johnny Depp poses on a Cadillac before presenting his film The Libertine, at Cinemageddon at Worthy Farm in Somerset during the Glastonbury Festival in Britain, June 22, 2017.
(photo credit: DYLAN MARTINEZ/REUTERS)
Advertisement
Actor Johnny Depp, known for a slew of lead Hollywood roles (and in recent years for starring in the 'Pirates of the Caribbean' series) released an official apology on Friday for uttering a joke that called for the assassination of US President Donald Trump. In a written statement the actor forwarded to People Magazine, he expressed his repentance for uttering the remarks concerning Trump that were followed up by a major backlash the actor was forced to confront. "I apologize for the bad joke I attempted last night in poor taste about President Trump," Depp wrote. "It did not come out as intended, and I intended no malice. I was only trying to amuse, not to harm anyone," he clarified. The actor made the remarks on Thursday when he took the stage at Glastonbury Festival in England to introduce a screening of his 2004 film The Libertine."When was the last time an actor assassinated a president?" he asked the crowd in a nod to the assassination of President Abraham Lincoln by John Wilkes Booth over 150 years ago. The crowd booed Depp after he made this remark, and he tried to fend off their negative reaction by saying: "No, no, no, you misunderstood completely. I think he needs... help." The White House condemned Depp's remarks in an official statement that read: "President Trump has condemned violence in all forms and it's sad that others like Johnny Depp have not followed his lead." Depp is not the only household name to have come under fire for making public statements against the president. Actress and comedienne Kathy Griffin lost her contract with CNN recently after she was photographed holding a model of Trump's bloody and decapitated head. Trump personally commented on the image, taking to Twitter to reprimand Griffin. He wrote that "Kathy Griffin should be ashamed of herself. My children, especially my 11 year old son, Barron, are having a hard time with this. Sick!"