Foxman expressed hope that Oren would walk back "these unjustified attacks." 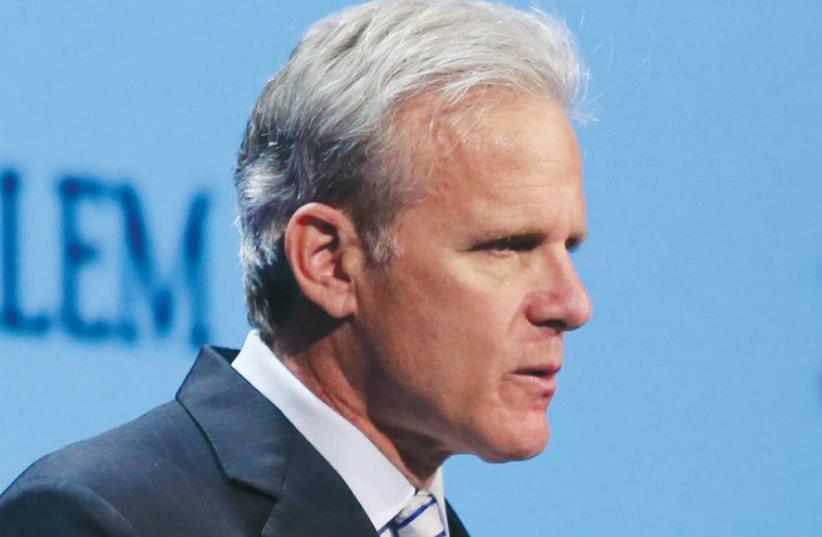 Michael Oren former ambassador of Israel to the United States, speaks during the Jerusalem Post Conference in New York in April.
(photo credit: MARC ISRAEL SELLEM/THE JERUSALEM POST)
Advertisement
The Anti-Defamation League (ADL) is "deeply concerned" by remarks made by former Ambassador to the US Michael Oren on Obama's Mideast policy, the group said in a statement on Sunday, calling them "unjustified and insensitive."In a piece published in Foreign Policy on Friday, Oren, who left Washington on October 1, 2013, and is now a Kulanu MK, charged that Obama was naïve as a peacemaker, had blinders to terrorism, and that his abandonment by both his Muslim father and step-father had something to do with his desire to be accepted by their “co-religionists.”Abraham H. Foxman, who helms the international Jewish organization, said the former ambassador appeared to be using disagreements between Israel and the US over policy issues to go after the president. "Ambassador Oren revives the meme of the president’s 'Muslim heritage' to make the case that American foreign policy in the Middle East is primarily being promoted and dictated by the president’s early upbringing in the Muslim faith and in Muslim traditions," Foxman said according to his office. During Obama's six years in office, the ADL director has often disagreed with the president, he said, adding that it is "legitimate and appropriate for anyone to criticize the policies of this administration."What the ambassador did, however, was veer "into the realm of conspiracy theories, and with an element of amateur psychoanalysis he links US policies in the Middle East to the president’s personal history of having a Muslim father." Oren took it one step further, Foxman said, by suggesting that "this 'worldview' of Muslims and Islam" led the president to embrace the Muslim world at the expense of both Israel and US national security interests. "This results in borderline stereotyping and insensitivity."Foxman expressed hope that Oren would walk back "these unjustified attacks."