After shuttling back and forth between Israel and the US, a young, second-generation Israeli starts putting down her own roots 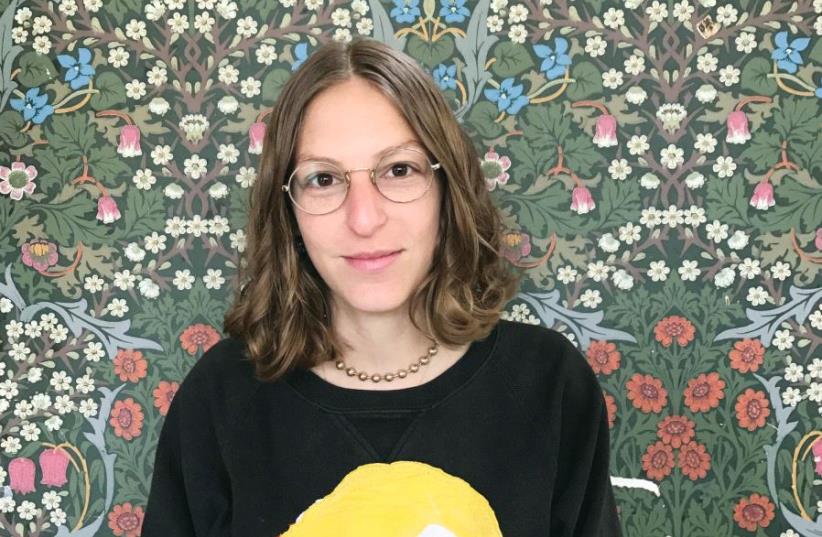 Danielle Gorodenzik
(photo credit: BEN FISHER)
Advertisement
Though Danielle Gorodenzik waited to make aliya until after she had graduated from college in 2014, from a young age she felt connected to her strong Israeli roots.“I grew up eating jachnun [Yemenite bread] every Sunday,” she says of childhood afternoons at Los Angeles beaches with her siblings and Israeli parents.“The first time I ate a peanut butter sandwich, I was 12 years old. I always ate pita and hummus.“[Growing up,] I watched all the [Israeli] telenovelas. That’s where I learned really intense [Hebrew] terminology, like livgod, to cheat on someone, and hapala, abortion.”As a child, she would travel on the 14- hour El Al Los Angeles to Tel Aviv flight once or twice a year, “except during the second intifada,” to visit family. Ancestors on her father’s side, originally from Grodno, Belarus, helped found the southern Tel Aviv neighborhood of Neveh Tzedek.After graduating from high school, Gorodenzik participated in March of the Living, which she calls an “inspirational program,” as well as a gap-year program organized by Young Judaea, which included three months in four locations around the country: Sde Boker, Arad, Jerusalem’s Baka neighborhood and Bat Yam.After the year was over, Gorodenzik set her sights on college. She wanted to stay in Israel, but was accepted to Parsons School of Design in New York, which she had dreamed of attending since she was a child.But she soon learned that her dream wasn’t all she had imagined it would be.“As soon as I landed, I knew I wanted to come back to Israel,” she says. “I visited Israel the most in my life over those three years. Every year I went twice a year. Every time I came it was a different [type of] interaction with Israel. Those three years really confirmed that I do want to live here.“The relationship between me and Israel always changed. It was like seeing an ex [boyfriend] because my life was seemingly so perfect [in New York], but I really missed Israel.”She graduated from Parsons in the summer of 2014 and by November of that year made aliya.Before beginning five months at Ulpan Etzion in the East Talpiot neighborhood of the capital, she lived with her grandfather in Petah Tikva. Her ulpan experience began after she’d already spent two months in Israel, so although she had been in the country too long to really benefit from the ulpan’s assistance with bureaucratic aspects of aliya, she says it was “nice to see them helping others.”Before Ulpan Etzion, Gorodenzik hadn’t spent much time with others who had made aliya. Suddenly, brushing up on the Hebrew she had learned from her parents, she found herself with people who were in the same boat. “I met really amazing people who understood what I’d been through, so that was helpful,” she says. “I have a lot of Israeli friends that don’t really understand how I feel.”After ulpan, and a short stint working at a boutique clothing shop in downtown Jerusalem and then at a restaurant in the Mahaneh Yehuda market, Gorodenzik decided that her bachelor’s degree wasn’t enough and set about applying to schools to take advantage of the benefits for higher education offered to olim, which include a free academic degree before the age of 30.She is currently enrolled in the art curation master’s program at the Bezalel Academy of Arts and Design. She says it’s a challenge, given that “it’s all in Hebrew. The classes are in Hebrew, the readings are in Hebrew, it’s a different system, it’s not American, it’s not like Parsons where everything is organized, it’s a whole other level.“It’s intimidating. When you’re in a class, you want to be able to speak clearly, you want them to be able to understand you, you don’t want them to say, ‘Oh yeah, that’s the American girl who made aliya, how cute.’” In addition to her course load, Gorodenzik works as the program assistant for Artis, a nonprofit organization based in Tel Aviv that seeks to increase international awareness and understanding of contemporary Israeli visual art. Their initiatives include a grant program for artists and a research fellowship that sponsors foreign curators to come to Israel, meet Israeli artists, visit art institutions and get a firsthand experience with the local art scene.She’s also been working on a Bezalel- sponsored lecture series that will feature curators and artists from around the country and the world, and has been charged with interviewing the participants.“It’s really hard,” she says. “It’s fun and rewarding but you have to know everything about the person that you’re meeting... It’s basically another course because it takes so much of our time.”She’s looking to expand the program, and is intent on finding new venues where it can take place.In June, Gorodenzik will complete her studies at Bezalel. For her thesis, she chose as her topic Israel’s history of art exhibitions, with particular interest in what causes some exhibitions to succeed while others fail. “It’s sink or swim here,” she says.She hopes one day to turn her research into a book.