The franchise's product reportedly numerically represented Israel and 12 other countries on their geographical location, corresponding to a written legend at the globe's base. 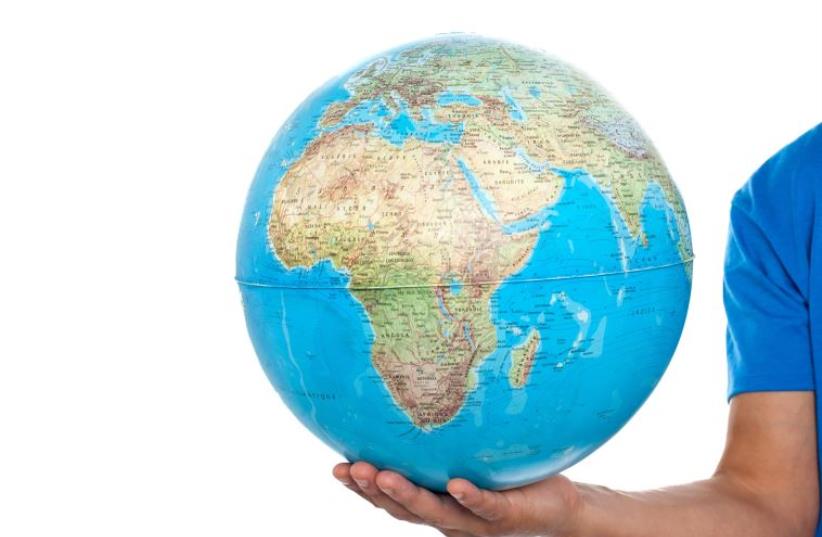 Globe [Illustrative]
(photo credit: INGIMAGE)
Advertisement
Feeling the weight of the world on its shoulders?An Australian stationary franchise called 'Typo' has coincidentally come under fire recently for a typographical issue touching on the Israeli-Palestinian conflict. According to a report Monday in the British daily the Guardian, the chain has decided to halt production of a world globe that spurred controversy with its labeling of "Palestine" and omission of the Israel. The chain's product reportedly numerically represented Israel and 12 other countries on their geographical location, corresponding to a written legend at the globe's base. A firestorm of boycott threats and anti-Semitism accusations erupted in late January when an onslaught of customer complaints on the store's Facebook page pointed out the issue with the design. The Guardian quoted one flummoxed customer as asking the vendor why it was selling a globe "that has wiped Israel from the face of the earth”.In response, the store insisted that the labeling design was not a politically-motivated move, but rather a typographical decision based on spacing. The Mercator projection dating back to around 1860 was “an official map from an international body that has been approved for export,” the Guardian quoted Typo as saying in its response. Israel’s label had not been written out “purely because there wasn’t enough space to include the name,” it added. Hours after issuing its response, the Australian chain announced that it had decided to pull the globes from in-store and online sale, adding that it planned to discontinue the product's future production. In turn, the decision garnered criticism and complaints from Palestinian supports, who have threatened to boycott.