The snafu was brought to the public's attention through social media when a passerby, Raza Hassan, noticed the snack prominently displayed on a Ramadan promotional shelf. 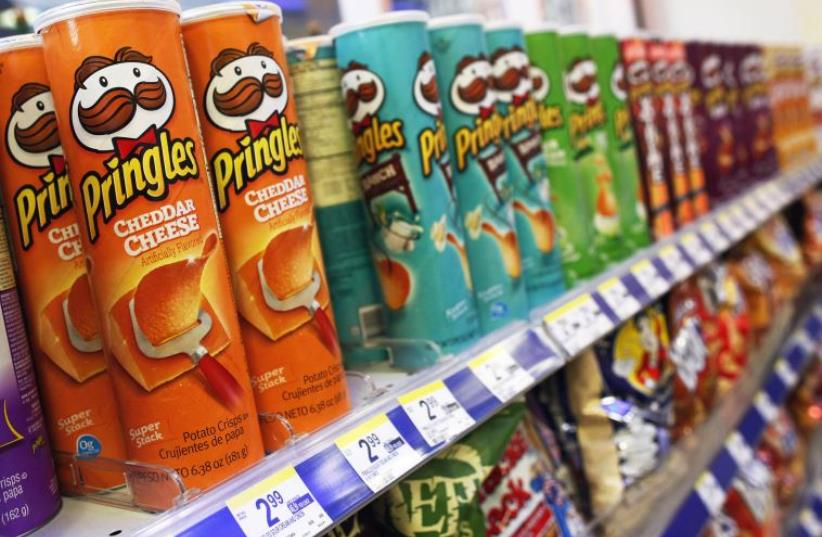 Cans of Pringles
(photo credit: REUTERS)
Advertisement
A British supermarket chain attempting to reach a wider Muslim audience by initiating a Ramadan campaign got off on the wrong foot when it decided to promote "smokey bacon" flavored Pringles in one of its London based stores, The Independent reported Wednesday.The consumption of swine is forbidden in Islam, as in Judaism, a fact clearly overlooked by the store's employees. The snafu was brought to the public's attention through social media when a passerby, Raza Hassan, noticed the forbidden snack displayed predominately on the Ramadan promotional shelf and snapped a picture.

Because nothing says Ramadan like smokey bacon Pringles. pic.twitter.com/ScbqjVsQr7

“When I first saw the promotion, there were many flavors of crisps – it just so happened that particular flavor was placed on top. I think it is a very nice thought and gesture from Tesco, it just seemed a bit ironic,” Hassan said while speaking to British Media.Hasan added that he wasn't offended by the bacon flavored blasphemy, and quipped that he found the mistake actually quite amusing.In response, Tesco released a statement saying they intend to remove the Pringles from the Ramadan display shelf, although the flavoring doesn't actually contain meat products.“We recognize these Pringles weren’t in the most suitable place and our store colleagues have now moved them,” according to the Tesco statement.