Barry Manilow to bring the Copacabana to Israel

The Grammy award winning artist is expected to perform in June in Tel Aviv. 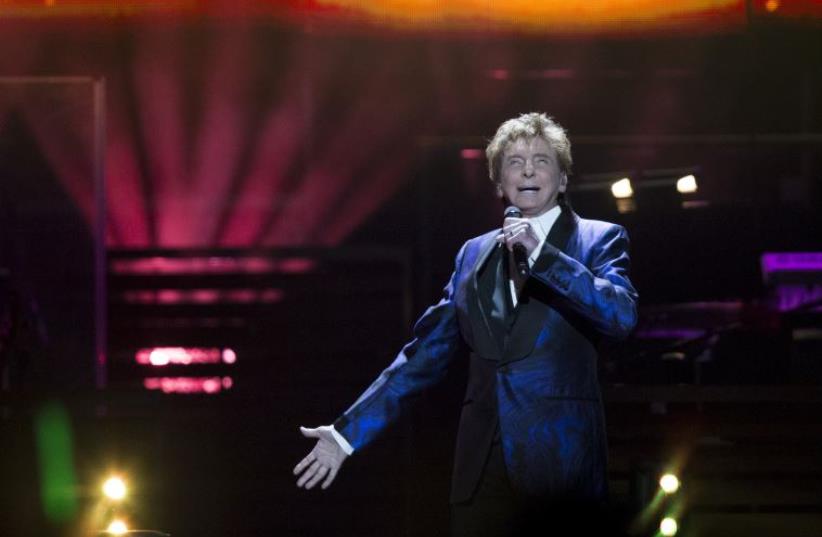 Barry Manilow
(photo credit: REUTERS)
Advertisement
Grammy award winning singer-songwriter and producer Barry Manilow announced on Wendesday that he is planning to perform in Israel in June of 2016.In a photo appearing on his Facebook page, Manilow wrote, "Manilow. Israel. June. Will you be there?"

Will you be there?
Posted by Barry Manilow on Wednesday, 6 April 2016

Manilow, born Barry Alan Pincus in New York, was immediately bombarded in the comments to his post by fans, some questioning if the post was a joke while others begged for information on ticket sales. Manilow responded to the comments stating that this was in fact not a joke and that the show will take place on the 30th of June in Tel Aviv with ticket sales opening shortly. "No joke," he wrote. "We can't wait to go. Very excited!"Manilow has topped the charts with five best-selling records and has been named Radio & Records' No. 1 adult contemporary artist, and won three American Music Awards for favorite pop/rock male artist. Having sold over 80 million albums worldwide, Manilow is considered one of the top selling artists of all time.