Rabin and Hapoalim chairman Yair Seroussi were among the many distinguished guests at the opening of an art exhibition at the bank’s Tel Aviv headquarters. 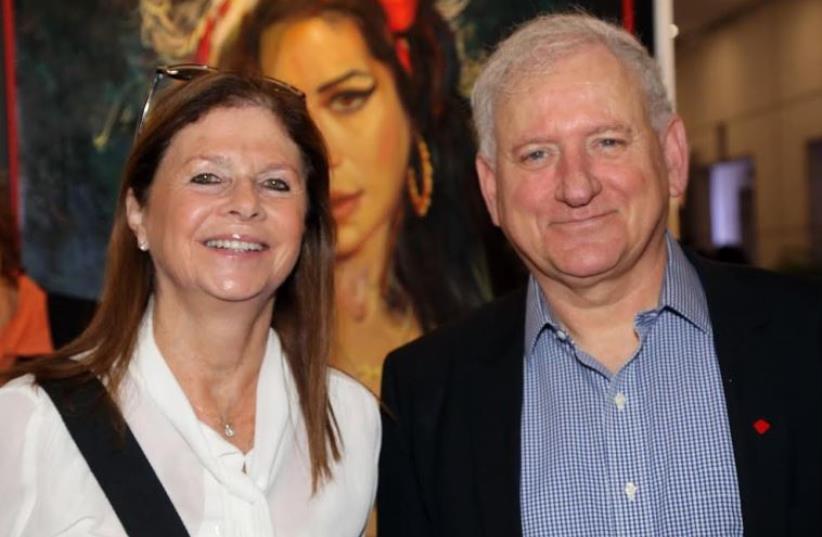 Yair Seroussi and Dalia Rabin-Pelossof
(photo credit: SIVAN FARAG)
Advertisement
Bank Hapoalim chairman Yair Seroussi and Dalia Rabin were among the many distinguished guests at the opening of an art exhibition at the bank’s Tel Aviv headquarters on Friday on behalf of the AIDS Task Force of Israel.Some 7,000 people attended the event, and more than NIS 1.8 million were collected on the first day of the sale of 700 works donated by prominent Israeli artists. Three-quarters of the proceeds will be used in the battle against AIDS in Israel, while 25% go to the artists.