@ISIS_Karaoke makes light of a dark situation spreading across the Middle East. 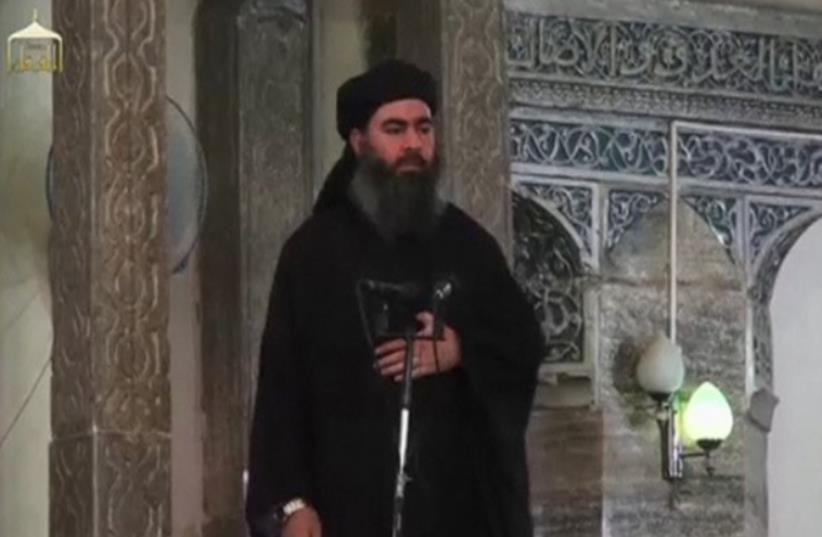 New ISIS leader al Afri
(photo credit: REUTERS)
Advertisement
A Twitter account started earlier this month has found a way to make light of the activities of the Islamic State. @ISIS_Karaoke has made waves on Twitter by taking photographs of ISIS activists and assigning various song lyrics to the situation presented in the still. Lyrics belonging to famous pop artists and bands ranging from the 60's until today, including stars such as Madonna, MC Hammer, The Pussy Cat Dolls and Taylor Swift can all be found captioning photographs of men wearing masks, toting machine guns or  waving ISIS flags.

"I like big butts and I can not lie, you other brothers can't deny" pic.twitter.com/wLUYmpMQbS

One photo features a man standing in the center of a crowd of people waving ISIS flags while he delivers a speech. The photo is captioned with a line from the Grammy Award winning hit, "Call me maybe," by Carly Rae Jepsen, making light of the seemingly desperate look on the man's face in the photo as he screams into a microphone.

"Hey, I just met you, and this is crazy, but here's my number, so call me, maybe" pic.twitter.com/VSC765mciX

The account's satirical tone clearly intends to mock the Islamic State and the organization's ultimate goal of creating a world that is devoutly Islamic in its entirety.