Einstein letter musing about relationship with God to be auctioned 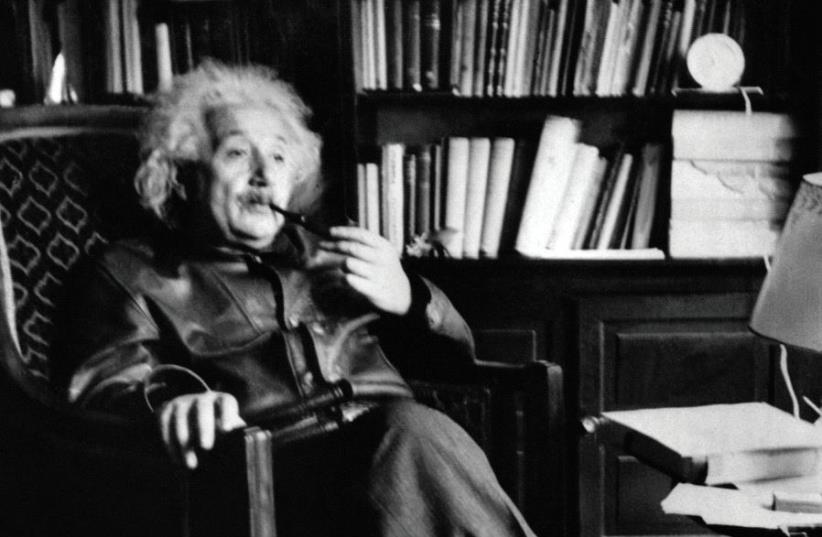 Albert Einstein
(photo credit: ACME / AFP)
Advertisement
NEW YORK – A letter written in German by Albert Einstein in which he mused about his relationship with God will be auctioned by Nate D. Sanders Auctions in Los Angeles on Thursday.The two-page letter, dated April 15, 1950, and postmarked from Princeton, is addressed to Einstein’s best friend Michele Besso.Besso, a Swiss Italian engineer, was the only person credited by Einstein on the original draft of the Theory of Special Relativity. 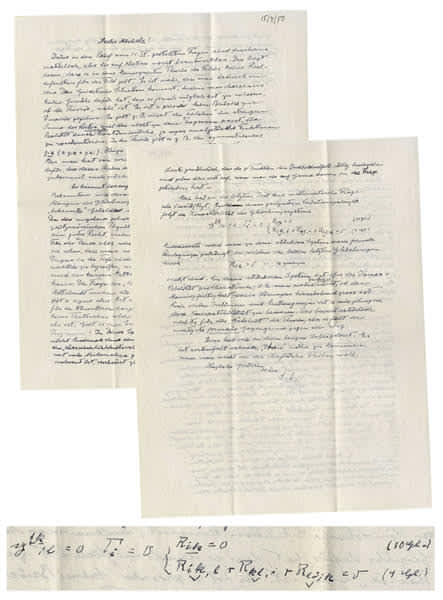 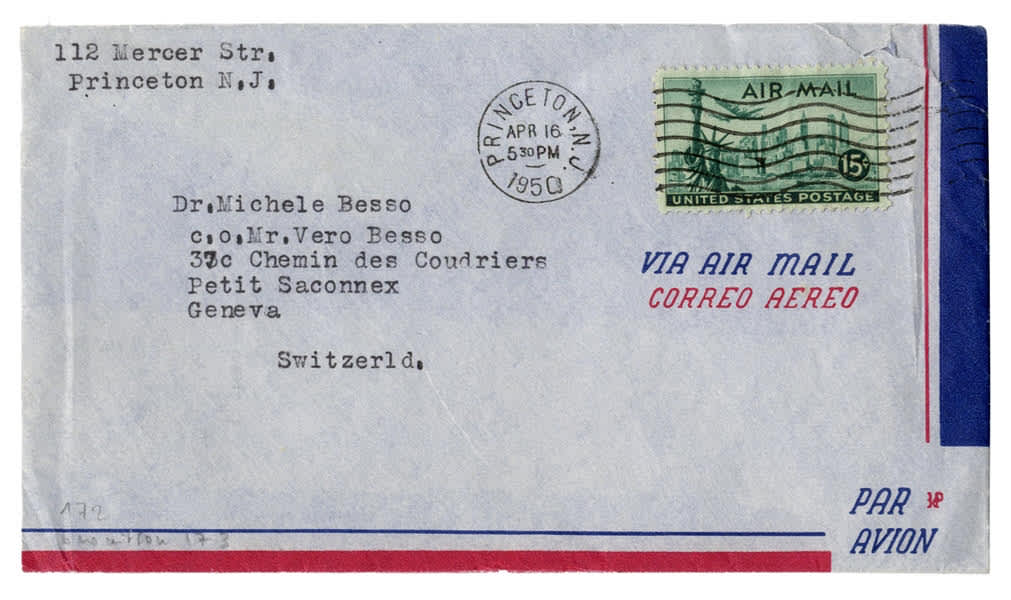 An envelope from a letter written by Albert Einstein (Courtesy of Nate D. Sanders Auctions)
The letter was a response to Besso’s comments on Einstein’s article titled “On the Generalized Theory of Gravitation” published in Scientific American magazine. Besso replies to his friend with wide-ranging content spanning from the spiritual to Einstein’s Unified Field Theory, with equations from the theory in his hand that he believed neutralized his critics.According to Nate D. Sanders Auctions, at the age of 71, Einstein was seeking to augment his Unified Field Theory, creating an umbrella theory for Special Relativity and Gravity, and seemed frustrated that “contemporary physicists” appear content with theoretical abstractions without proving the equations underpinning them.“They clearly have the right to condemn my method as unproductive,” the letter reads. “But it will not be like that in the long run. They will see, very slowly, that you cannot get closer in depth to things with the quasi-empirical method.’’ Toward the end of the letter, Einstein becomes spiritual and wrote about his connection with God, who he refers to as “Him,” telling his friend: “There is one thing that I have learned in the course of a long life: It is devilishly difficult to get closer to ‘Him’ if one does not want to remain on the surface.”“Much has been written about Einstein’s thoughts on religion and God,” the auction house said. “Einstein is generally credited with being an agnostic. This letter provides a unique personal glimpse into Einstein’s relationship with the divine.”The document, for which bidding will start at $60,000, will be sold accompanied by its original envelope postmarked from Princeton on April 16, 1950, as well as a four-page reply letter from Besso, with complete translation for both letters.