“Let’s just say that I’m claimed to be the inventor,” Catherine Hettinger said. “You know, ‘Wikipedia claims,’ or something like that.” 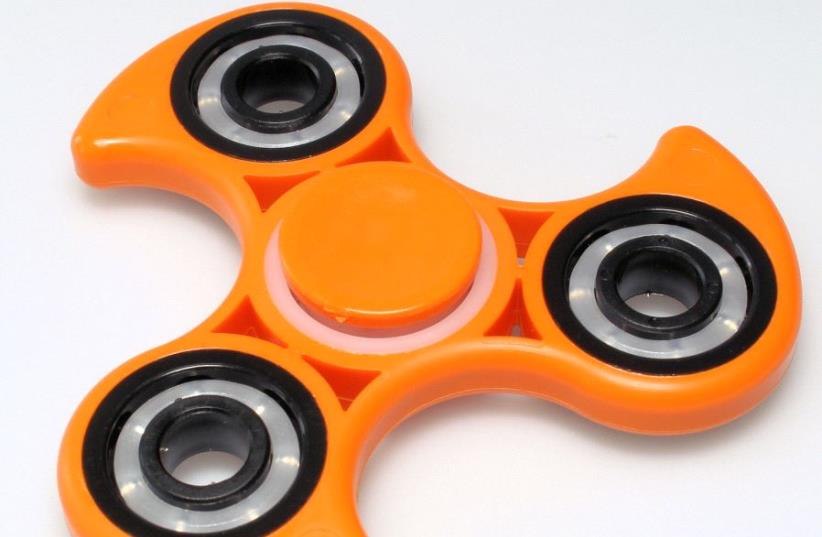 Fidget Spinner
(photo credit: FLORIAN SCHÄFFER/WIKIMEDIA COMMONS)
Advertisement
An investigation has thrown doubt on the story of the Florida woman who, looking for a way to distract young Palestinian boys from clashing with Israeli police, claimed to have invented the fidget spinner toy.Bloomberg News confirmed Thursday that Catherine Hettinger was granted a patent for a spinning device in 1997. But Hettinger’s device, which she pitched unsuccessfully to the toymaker Hasbro, had little in common with the ubiquitous fidget spinner sold today resembling a coaster-sized propeller with a bearing in the middle.Two patent experts who reviewed Hettinger’s idea at Bloomberg’s request doubt it was the precursor of the current toy, despite an account on Wikipedia suggesting otherwise.“In reading it, it doesn’t appear to cover the products that people are selling now,” Jeffrey Blake, a partner at a law firm focused on intellectual property, told Bloomberg.Hettinger, 62, a chemical engineer by training, did not disagree.“Let’s just say that I’m claimed to be the inventor,” she said. “You know, ‘Wikipedia claims,’ or something like that.”On a page launching a Kickstarter campaign for Hettinger’s device, a child is shown spinning a toy that looks nothing like fidget spinners currently on the market.Last week, Hettinger told CNN Money that she brainstormed her device after visiting Israel and hearing of young Palestinians throwing rocks at Israel soldiers. So far, no one has challenged that part of the story.