Grapevine: Mazal tov to the Kahlons 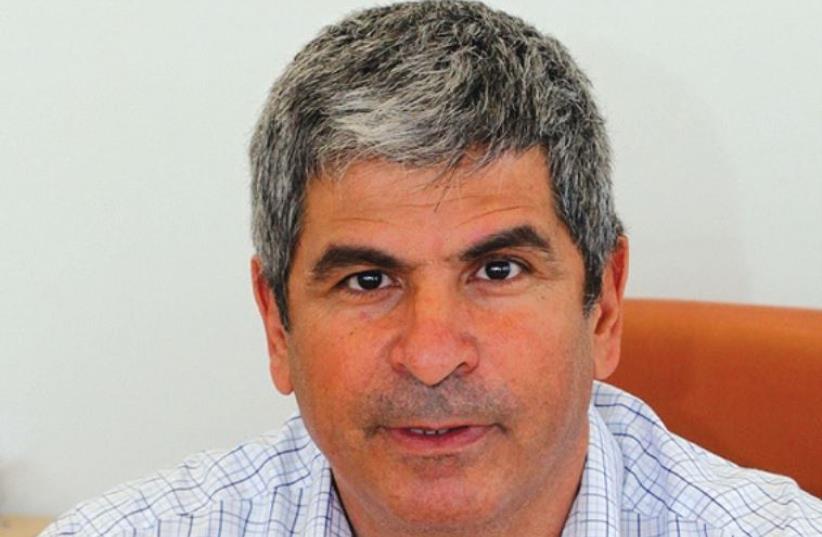 Kobi Kahlon
(photo credit: MARC ISRAEL SELLEM/THE JERUSALEM POST)
Advertisement
• EVEN THOUGH Kobi Kahlon resigned his post as deputy mayor of Jerusalem two-and-a-half months ago, chances are he will get together again with his municipal cronies this coming Sunday at the wedding of his son Elad at the Kedma Banquet Halls. Probably stealing the limelight from the bridal couple will be the groom’s uncle, Finance Minister and Kulanu Party head Moshe Kahlon.• MEMBERS OF Hadassah’s Tamar Chapter will mix entertainment with serious business on Sunday at their fund-raiser in support of the pediatric intensive care unit at the Hadassah University Medical Center in Ein Kerem. Director Dr. Jacques Braun will be on hand to explain the unit’s work and how it has developed, and there will also be greetings from Hadassah Israel President Rachel Oran. But the fun part of the evening, at the Hirsch Theater in the Beit Shmuel complex behind the David Citadel Hotel, will be a musical program of nostalgia with songs and dances from the ’60s and ’70s. If audience members want to rock in their seats or sing along with the stage performers, it will only add to the enjoyment of the event.
•  IT’S A strange thing. At gatherings of and for religiously observant men, there are often no women in the audience or on the program. However, almost every large-scale gathering of and for observant women has at least one man on the program. Usually it’s a rabbi, but in the case of the third-annual Pnima Convention taking place at the Jerusalem International Convention Center, it’s a singer: Yishai Rebo, who has given his services to numerous social welfare projects and organizations, most notably Ezer Mizion. The convention is taking place this coming Sunday with speakers and entertainers, including gynecologist Dr. Hanna Katan, the mother of 13 children; the dynamic Rebbetzin Yemima Mizrahi; television personality Eden Harel, who has become observant; musician Tal Brill; and singer Lea Shabat. The moderator will be Channel 2’s Sivan Rahav Meir.
• WHEN HE was invited to a meeting of Lahav, the umbrella organization for independent businesspeople, at the Prima Park Hotel Jerusalem, Benny Kashriel – the long-serving mayor of Ma’aleh Adumim who has been in office for 23 years – knew he was in for a citation of some kind. Yet he was unaware that he was about to receive a lifetime achievement award. Speakers at the event declared that when the government decided 31 years ago to establish Ma’aleh Adumim, it never envisaged that the city would grow to the extent it has. The major part of the city’s development has taken place since Kashriel assumed office. Kashriel declined to take all the credit for himself and said that without his colleagues in the municipality, the people in the city’s employ, and the residents of Ma’aleh Adumim, who were proud of their city and wanted to see it grow, he would not have been able to achieve anything. The citation credited Kashriel with turning Ma’aleh Adumim into a model city, with impressive achievements in education and culture, and healthy activities for its youth. The city, which is a short drive from Jerusalem, is far less polluted and has a population of 41,000, of whom 11,000 are children and youth.
• DESPITE THE decrease in foreign tourism in the aftermath of Operation Protective Edge, hotel construction in the capital is progressing. The Isrotel project in the German Colony is scheduled for completion toward the end of next year, and a new international brand name is on the verge of making its mark on the capital. Jerusalem will have a 200-room luxury hotel under the Rixos brand name. Construction costs are estimated at $50 million, and the funding will come from a group of Georgian investors who were recruited by Itzik Moshe, who is the chairman of the Israel Georgia Chamber of Commerce. Mayor Nir Barkat, who wants to turn Jerusalem into the tourism capital of the Middle East, is in favor of the construction and is believed to have met the investors. Meanwhile, some smaller hotels that are hurting from the lack of tourism are up for sale or rent. Luxury hotels feel the pinch a little less because they are making money out of their banquet facilities. Smaller hotels may have a public dining room, but few of them have a ballroom or a convention center, which are part and parcel of the facilities of luxury hotels.