A roundup of the city's news. 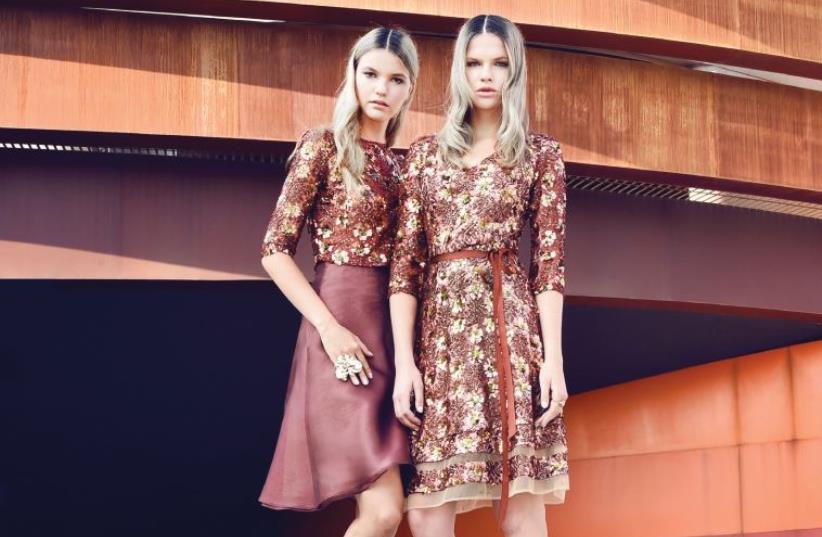 Haredi fashion
(photo credit: PR)
Advertisement
TALBIYEH’S HAZVI YISRAEL congregation usually has a kiddush on the Shabbat closest to the start of Rosh Hodesh, but last Saturday, there was an additional reason – the 90th birthday of veteran and valued congregant Estelle Fink. She is actively involved in numerous organizations and projects, among them Amit and Matan, and is a member of the synagogue board. In her honor, a curtain for the ark, which her family had presented some years ago to the congregation, graced the ark on Saturday.The large turnout of family and friends was a testimony to the affection and esteem in which she is held.■ MYTHS ABOUT haredi women abound. Their non-haredi and secular sisters keep trying to drag them into the modern world, convinced that life would be better for them if they had more secular education, if they had jobs, if they had more freedom. For some haredi women who feel too cloistered in the environment in which they were raised, this may be a welcome relief; but there are many who are very comfortable in their present lifestyle and are not particularly interested in change. It’s not as if they are totally unaware of what goes on in the world. Many of them are very fashionably dressed because in the haredi world there are a lot of bar mitzvas, weddings and other occasions for which to dress up – and they do.They may not have television sets, but some occasionally go to the movies, and some read news reports on their computer screens or their cellphones about the world outside.Within the haredi community, there are various movements with their own rules and traditions, so there is no rigid definition of what constitutes “haredi,” beyond acknowledging that in general haredim are considered more stringent in their religious observance than people in the national religious camp. Some of them are fiercely anti-Zionist; some are not Zionist, but at the same time are not antagonistic to Zionism and others have embraced their own brand of Zionism.This preamble serves to herald a conference on December 21, on “The Haredi Woman in the 21st Century: Family Community and Society.” The conference will be hosted by the Israel Democracy Institute, and will examine the lifestyles of haredi women from the above-mentioned perspectives. Panelists will discuss how haredi women define themselves, how they deal with challenges and dilemmas as they arise, and what, if anything, they are doing to change their situations.There will be haredi and non-haredi participants in the various panels. Among the haredi participants will be Rabbanit Adina Bar-Shalom, daughter of the late Rabbi Ovadia Yosef; Racheli Ibenboim, a member of the Gur dynasty and a haredi social entrepreneur; Naomi Perl, director of the Mandel Programs for Leadership Development in the Haredi Community; and Rabbi Yehoshua Pfeffer, a rabbinic judge.All three women panel participants move seamlessly between the haredi and secular communities without compromising their religious beliefs, but there are haredi women who find it difficult to relate to non-haredi women whose outlook on life is so vastly different from their own.■ THE 10TH of Tevet is a fast day marking the siege of Jerusalem by King Nebuchadnezzar and the beginning of the battle that led to the destruction of the Temple of Solomon and the 70-year exile in Babylon.The date has also come to honor the memories of Jews whose date of death is unknown. This applies particularly to Jews who were murdered in the Holocaust, but also at other times of persecution.On Monday, December 21, the day prior to 10 Tevet, the riveting documentary Once Upon a Family, which tells the partial story of the destruction of European Jewry, will be screened for women and teenage girls at the Jerusalem International Convention Center (Binyenei Ha’uma). Guest speakers include Tel Aviv Chief Rabbi Yisrael Meir Lau, child Holocaust survivor and chairman of the Yad Vashem Council, Ruth Lichtenstein, director of Project Witness, which produced the film, and Rina Tarshish, principal of the Mesores Rochel Seminary.

Tags grapes in israel
Advertisement
Subscribe for our daily newsletter