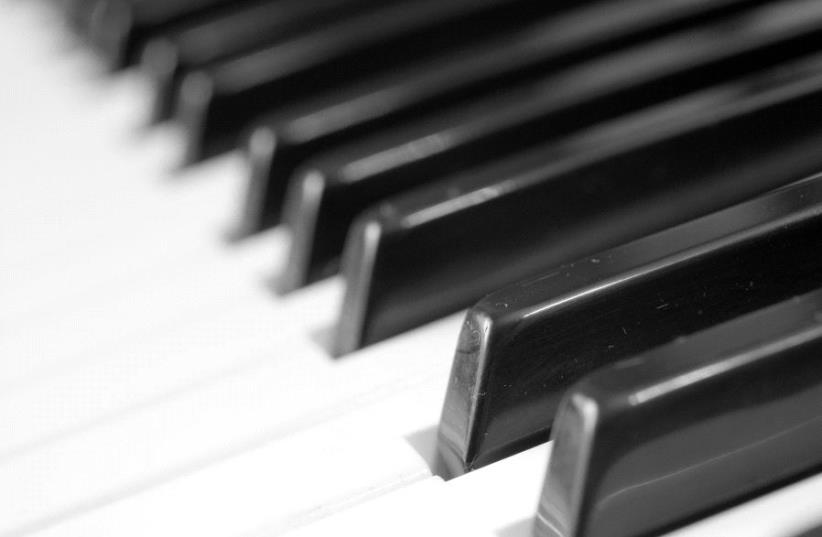 A piano
(photo credit: ING IMAGE/ASAP)
Advertisement
■ THE ELEVATOR leading to the penthouse apartment in Tel Aviv that is the official residence of the Canadian ambassador was in frequent use this week, as music lovers congregated in the large living room to hear Canadian pianists Janina Fialkowska and Xiaoyu Liu, who are participating in the Arthur Rubinstein International Piano Master Competition as adjudicator and competitor, respectively.Among the guests were Idith Zvi, the artistic director of the competition, Israel Prize laureate Prof. Arie Vardi, who is chairman of the adjudicators of the competition, and Gad Naschitz, the chairman of the Arthur Rubinstein International Music Society.■ THE ITALIAN Embassy has organized a performance of Being Leonardo da Vinci, which is billed as “Leonardo’s true life portrayed on stage.” The audience is invited to discover the story behind the painter, the scientist and the inventor. The play reveals his secrets, methods of working, passions and lifelong advice. Performed in the Italian Renaissance language by Massimilliano Finazzer- Flory, who also authored it, and with the participation of Gianni Quillico, it will feature projected English subtitles for the benefit of those who do not understand the language of the script.The date is Wednesday, May 17, and the venue the Jaffa Theater – A Stage for Arab-Hebrew Culture. Leonardo does not exactly fall into that category, but in theater as anywhere else, a change is as good as a holiday.■ LITERATURE ABOUT the Holocaust continues to be written, and last Friday, Leyvik House in Tel Aviv, which preserves and promotes Yiddish culture, hosted a book launch of a memoir by Holocaust survivor Leizer Blit, who lives on Kibbutz Urim. No Strength to Forget tells the story of the author’s family, which fled to the forests in a bid to escape the Nazis. Speakers at the event included Blit, celebrated Yiddish poet Rivka Basman Ben-Haim and Leyvik House director Daniel Galai, who is also a composer and musician.■ IN COOPERATION with the Tel Aviv Municipality, Telfed (South African Zionist Federation, Israel) last month awarded scholarships to 400 students at the Duhl Auditorium in the Hatikva neighborhood. The festive event included a performance by Juilliard-trained clarinetist Merav Fisher. Dana Levy Tavor, head of Telfed’s scholarship department, welcomed the students and screened a short movie to introduce them to Telfed’s goals and activities. Telfed CEO Dorron Kline shared his vision for Telfed’s mission in Israel. Tel Aviv Mayor Ron Huldai, a former school principal, spoke on the value of education and social awareness.Batya Shmukler, head of the ESP (Endowments, Scholarships, PRAS) committee and vice-chairman of Telfed, noted the important contributions that scholarship recipients make to society in Israel ■ THE SHERATON hotel in Tel Aviv is fast developing a reputation for international food festivals. Only two weeks after hosting the Peruvian Food Festival, it changed culinary course this week and launched the Sri Lankan Food Festival, which continues till May 18.A joint project of the Sri Lankan Embassy, headed by Ambassador Selvaraj Periyasamy Pillai, and the Sri Lankan Tourism Bureau, the festival includes not only Sri Lankan cuisine but a Sri Lankan market in the hotel lobby, showcasing Sri Lanka as a tourist destination and an attractive country for trade and investment. Celebrated Sri Lankan chefs Kamal Surendrajith and Iyadurai Madasamid are in Israel for the first time to prepare traditional Sri Lankan fare, which requires liberal use of curry.■ AGAINST THE backdrop of growing racism and extremism among certain elements in Israel, the Peres Center for Peace and Innovation this week held a memorial “Peace World Cup” in memory of Israel’s ninth president, Shimon Peres, at the Herzliya Municipal Stadium, with the participation of National League soccer players, ambassadors, mayors and some 800 Israeli and Palestinian youngsters, whose common bond is peace, harmony and cooperation through sport.Among the ambassadors and lower-ranking diplomats in attendance were representatives of China, Finland, Canada, France, the US, Italy and Belgium. The youngsters were thrilled to meet the big-time soccer players.