News briefs from around central Israel. 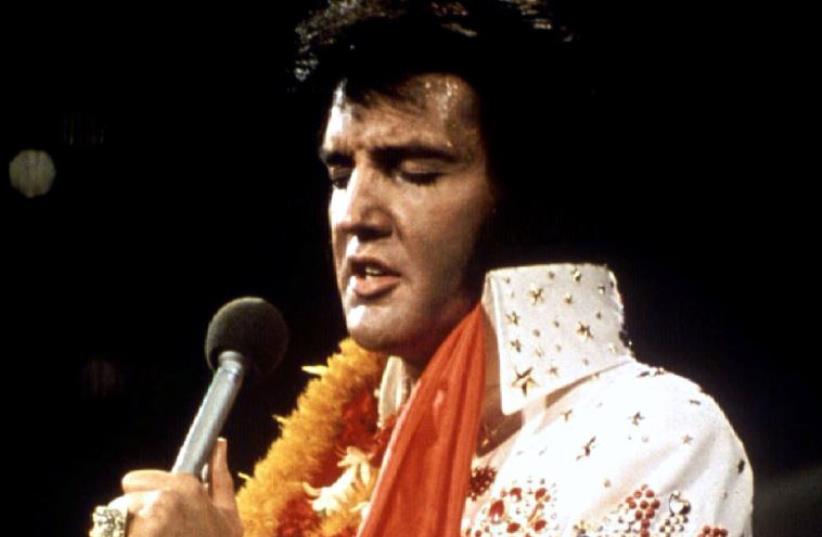 Elvis Presley performs in concert during his "Aloha From Hawaii" 1972 television special.
(photo credit: REUTERS)
Advertisement
■ AT THE beginning of this year, his many fans around the world celebrated the 80th anniversary of the birth of American cultural icon Elvis Presley, whose influence on music continues beyond the grave. Presley died on August 16, 1977, and since then, lovers of his songs and his style have been emulating him on that date and for the whole week.People taking the Tel Aviv-Jerusalem Highway cannot fail to notice the big sign for The Elvis Inn, located in Neveh Ilan. Needless to say, the Presley anniversary was commemorated there as well. Brothers Uri and Amnon Yoeli purchased the premises in 1974.Uri was a big Elvis fan and had a couple of portraits of Presley in his house. His wife didn’t like Presley at all and threatened to throw out the portraits, an act that would have sown a lot of disharmony in their home. So Yoeli took them to his place of business and displayed them near the cash register. Gradually he added Elvis posters, pictures and statues and a jukebox that constantly plays Elvis tunes. The ambience is very 1950s, and the restaurant has long been a favorite place for Elvis fans and impersonators.In October next year they’ll be commemorating the 60th anniversary of the release of Elvis’s first single, “Heartbreak Hotel.”
■ TEL AVIV’S Great Synagogue, located at 110 Allenby Street, is within walking distance of the home of the city’s first mayor, Meir Dizengoff, and almost equally close to the original town hall. It was designed in 1914 by Richard Michael, whose work was disrupted when he was drafted into the German army. The project was taken over by Alexander Baerwald, who also did not see it through to the end due to lack of funds. As was so frequently the case and continues to this day, a member of the Rothschild family came to the rescue, and finally Yehuda Magidovitch finished the design in 1922, laid the cornerstone in 1924, and construction was completed in 1926.In 1946, the British Mandate authorities discovered a weapons cache in the basement of the synagogue and arrested the caretaker, Eliezer Neumann, who was subsequently sentenced to a year in prison. The synagogue building was extensively renovated in 1969 by architect Aryeh Elhanani and was recently renovated again.As the area around the synagogue became increasingly commercial and people moved to residential neighborhoods, attendance waned drastically. But in recent years it picked up; moreover, many of the new congregants are young people and new immigrants who are breathing new life into the congregation.The synagogue’s president, Shlomo Pivco, is busy planning the 90th anniversary festivities due to take place towards the end of this month. To mark the occasion, the synagogue will inaugurate four newly restored Torah scrolls, two of which survived the Holocaust, as did Tel Aviv’s Chief Rabbi Yisrael Meir Lau, who will be among the guests of honor together with Mayor Ron Huldai, Knesset Speaker Yuli Edelstein, many prominent rabbis, government ministers, MKs, Tel Aviv City Council members and other dignitaries. Cantor Chaim Adler, who is chief cantor of both the Tel Aviv and Jerusalem Great Synagogues, will perform with the Ra’anana Symphony Orchestra.The Torah scrolls were donated by a leading Tel Aviv businessman. The final letters in the restored scroll will be written on a stage on Rothschild Boulevard, after which there will be a joyful procession to the synagogue.
■ NOTWITHSTANDING HER breach of protocol earlier in the week when prior to disclosure of its ruling by the High Court of Justice, Justice Minister Ayelet Shaked published her opinion regarding the amendment to the law on preventing infiltrators from entering the country and accompanied it on her Facebook page with a video that was nothing less than incitement against native Africans and which it transpired had been shot in Turkey and not south Tel Aviv, she had no qualms about joining thousands of members of the legal profession at a performance by Idan Raichel in the Ra’anana amphitheater towards the end of last week.Also on hand to greet his guests who had left their formal gear at home and came casually attired was Ra’anana mayor and former MK Ze’ev Bielski.