"Israeli society is at a crossroads: hate and fear or love of Israel and solidarity." 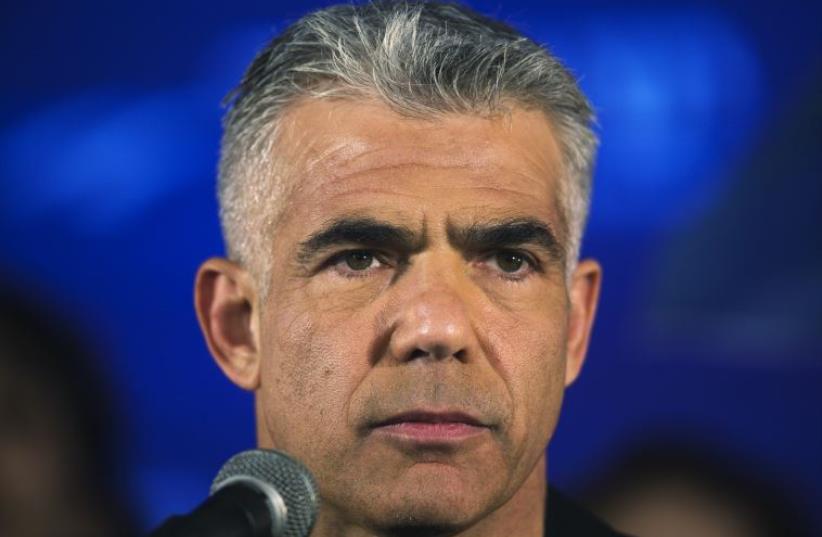 Yesh Atid chairman Yair Lapid
(photo credit: REUTERS)
Advertisement
■ THOUGH NOT a representative of the government, Yesh Atid chairman Yair Lapid attended the funeral of Alon Bakal, murdered last Friday in Tel Aviv by an Israeli-Arab gunman. Bakal had been a Yesh Atid activist.In eulogizing him, Lapid said that like so many other Israelis, he had sat the previous evening reading things Bakal had written.“Young people don’t write a will; they leave that to old people. But slowly from his writings, a will appeared,” he said.“He wanted to tell us something. He told us that terror was trying to force us to live lives of hate and fear, and the only response was to live life as he did – full of love for Israel and solidarity. That was his will and that is what he left behind. And that’s our test: How will we behave in the coming days, in the coming months, in the coming years? That is the test he set for us and we must live up to it,” he continued.“Next to the definition of ‘salt of the earth’ in the dictionary should be a photograph of Alon: a fighter in Golani, a volunteer with Latet and a student of law. That is the kind of person who defines the State of Israel, and so from within this pain, we need to look at ourselves and ask, what did he tell us? He told us that Israeli society is at a crossroads: hate and fear or love of Israel and solidarity. May his memory be a blessing.”■ THE RECENT travel sections of The New York Times and the London Daily Telegraph each recommended Tel Aviv as a 36-hour weekend getaway.Debra Kamin, whose article was published in the Times on December 31, wrote: “Young, modern Tel Aviv and ancient Jaffa pulse with energy and combine to offer bustling markets, night clubs and a beachside promenade just right for two wheels.” She went on to describe the pristine beaches, the technical scene and other attractions of a 24/7 city that is “passionately secular and avowedly carefree,” and “where the search for the perfect cup of coffee and a commitment to LGBT pride seems to take precedence over Israel’s complicated politics.” She also wrote about Bauhaus architecture, the Jaffa flea market, bars, restaurants, night clubs and cultural options.Tom Rowley, writing in the Telegraph on Monday, also praised the beach.“Israel has never had much of a reputation for its beaches. Except, that is, for Tel Aviv, the antidote to many preconceptions about the country. With miles of sandy shores, Israel’s second city is youthful and laid-back, with a casual dress code, liberal attitude and thriving nightlife.”Rowley wrote in much the same vein as Kamin, but made the point that it was more than just a destination for young hedonists, writing more about hotels and hotel prices, as well as walking tours. But the point is, his story appeared after Friday’s tragedy, when it could just as easily have been shelved. It signifies that a travel editor in London took what happened as an isolated incident that should not be permitted to infringe on tourism to Tel Aviv.■ COMING UP on Tuesday, January 19, at the Tel Aviv International Salon for Young Professionals, is a talk by Ambassador Lars Faaborg-Andersen, who has been the subject of several negative allegations in recent weeks. For the record, Faaborg- Andersen, who is head of the European Union delegation to Israel, is not anti-Israel.In fact, in the 1970s he served as a volunteer at Kibbutz Neot Mordechai. The venue for this event has yet to be announced.■ PREOCCUPATION WITH Sderot has not dissipated despite the new security challenges confronting Israel. Members of the Israel region of the Young Israel Movement, together with members of the American Friends of Sderot, will travel south on January 27. They will visit an observation point to see where Kassam rockets were launched and tunnels dug in Gaza. They will meet the head of the local hesder yeshiva, Rabbi David Fendel, and partake of refreshments at the Youth Café where Yigal Bracha, head of the youth department of the Sderot Municipality, and Yael Spanglet, who runs the café, will give a briefing. In addition, they will shop in local stores to help improve the town’s economy, meet with residents, and plant trees to help beautify Sderot. Buses will depart from Jerusalem at 9 a.m. and return at 5 p.m.Cost is NIS 160, or $40, per person. A meat lunch is included. For registration and further information: (02) 650-5924 or 054-945-2868.

■ WHEREVER ONE looks in Israel, one finds the fingerprints of Yitzhak Tshuva, be it through his El Ad Group or Delek Group, his former Phoenix Holdings (which he sold toward the end of last year), or any of his other companies dealing in energy, real estate and insurance. One of his Delek Group subsidiaries, Ad 120, which specializes in sheltered housing for senior citizens, just won a tender from the Israel Land Authority to build a 220-unit facility in Modi’in. This will be the fourth link in the Ad 120 chain, which has similar facilities in Tel Aviv, Hod Hasharon and Rishon Lezion. Many retirees from English-speaking countries who want to live close to their children and grandchildren will probably be among the buyers of units in Modi’in, which has a relatively large Anglo community of young families.
Advertisement
Subscribe for our daily newsletter