Three major events collide during the first week of July. 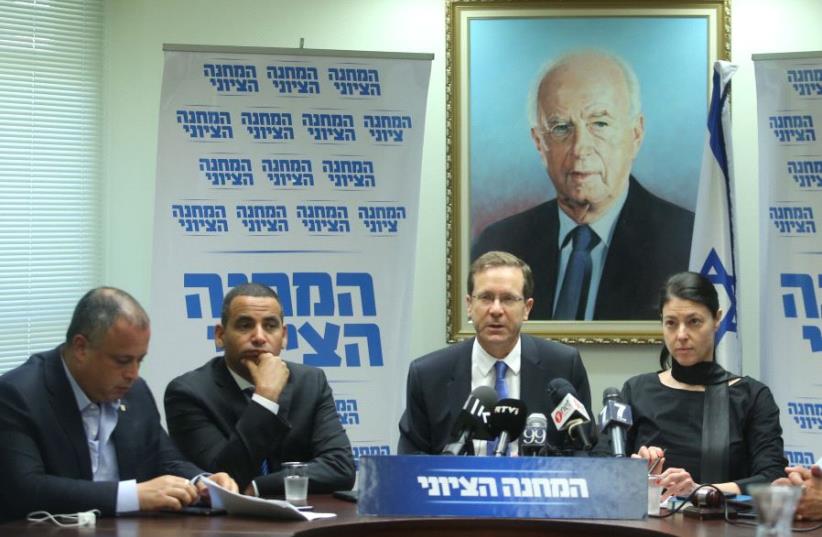 The Zionist Union
(photo credit: MARC ISRAEL SELLEM)
Advertisement
■ THE LABOR Party rescheduled its leadership election from July 4 to July 5 due to a perceived clash with the American Independence Day celebrations, to which Knesset members are usually invited. However, the Americans brought the Independence Day celebration forward to July 3, which is also the date on which Britney Spears will be appearing live in Hayarkon Park. Presumably, a significant number of invitees to the American festivities will make a hit-and-run appearance at the President’s Residence before heading back to Tel Aviv to catch the concert.■ THERE IS no legislation that places limits on the number of years or terms that anyone can serve as mayor, though some people are trying to introduce legislation that will limit how long a prime minister can serve, and if that goes through, it will probably affect other civil service positions. The question is always whether there is a replacement who can measure up to the incumbent.Although municipal elections are still nearly a year and a half away, there is a move afoot in Kiryat Ata to find a successor to Mayor Yaakov Peretz, who has been in office for 21 years. The population of Kiryat Ata has increased considerably in that period, and the pace and volume of community services have not been in sync with population growth. Peretz’s opponents believe that he has not caught up with the 21st century, but Peretz has the powerful support of Likud mayors from stronger municipalities in the region, so he may not be leaving his seat of authority in the foreseeable future.■ BEFORE GOING to prison on corruption charges, former Bat Yam mayor Shlomi Lahiani was not only overweight but obese – so much so that his life was at risk. While behind bars, Lahiani had plenty of time to contemplate on weight loss and, following his release, went on a monitored 40-day regimen of only water. During that period he also practiced yoga. He’s still pretty solid, but as he explained in a television interview last week, he can now pull his chair up to the table without his belly getting in the way. He’s currently on a minimalcalorie fruit diet.Even though he’s not allowed to hold office for another seven years, he still has plenty of influence in Bat Yam and is confident that he will once again sit in the mayor’s chair. But there are two obstacles to the fulfillment of that ambition even now. For one thing, there’s a lot of talk about annexing Bat Yam to Tel Aviv; and for another, Zionist Union MK Mickey Rosenthal plans to introduce a bill whereby anyone convicted of corruption cannot hold public office.Rosenthal has been particularly passionate about this issue ever since police began interrogating Interior Minister Aryeh Deri on corruption-related suspicions.