Set sail on the Costa Magica. 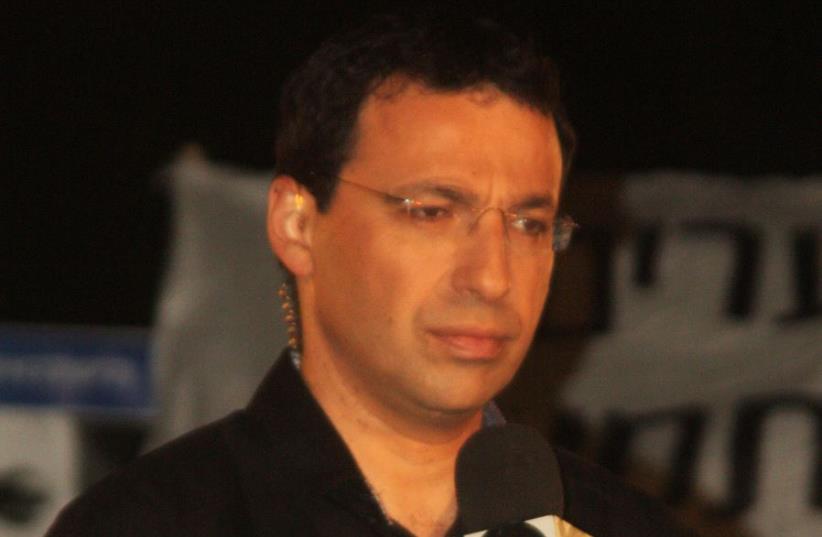 Raviv Drucker
(photo credit: IDOBI/WIKIMEDIA)
Advertisement
■ IN RELIGIOUSLY observant communities, weekend getaways on a group basis are usually accompanied by a rabbi in the role of scholar in residence. This has been the case for decades. But in recent years, secular organizations have spiced their weekend getaways or trips abroad by having prominent journalists, politicians or academics as speakers, or the secular equivalent of a scholar in residence.That’s the case with the Elma Hotel in Zichron Ya’acov,where the weekend attraction on April 20-22 will include two well-known broadcast journalists: Raviv Druker, the political commentator and investigative reporter from Channel 10, and Oded Granot, the Channel 1 reporter and commentator on Arab affairs. Druker is the nemesis of Prime Minister Benjamin Netanyahu, about whom he has broadcast frequent investigative reports.■ AMONG THE volunteers from abroad who came to help Israel during the War of Independence were a number of Americans and Canadians, some of whom remained and were among the founders of the Association of Americans and Canadiansin Israel. Some of them are still living. American and Canadian immigrants made great contributions to Israel, not the least of which was Israel Aircraft Industries, pioneered by the late Al Schwimmer, an American transport pilot in World War II, who helped to create the Israel Air Force during the War of Independence, and then set the wheels in motion for Israel Aircraft Industries, now known as Israel Aerospace Industries. The centenary of his birth is on June 10. He died on his birthday in 2011.On Sunday, May 7, AACI members and friends from all over the country will come together at the Israel Air Force Museum to celebrate Israel’s 69th Independence Day. There will be a reception with light refreshments and a private tour of the museum. From there, participants will continue to the Hatzerim Air Force Base. Following brief addresses by David London, director of AACI, and Smoky Simon, president of World Mahal (the Hebrew acronym for Mitnadvei Hutz L’Aretz – veterans of the volunteers who came from abroad and fought in the War of Independence), there will be a screening of the film Above and Beyond, supper and a closing ceremony.Transportation will be available from Jerusalem, Tel Aviv and Netanya. The all-inclusive cost is NIS 200 for nonmembers of AACI and NIS 150 for members. For registration call (02) 566-1181, ext. 303, and state your name and phone number clearly on the voice mail.■ ASIDE FROM not wanting to spend long periods at sea, what often deters religiously observant people from taking a cruise is the kashrut concern. But those who take one of the AACI kosher cruises don’t have any such worries and often make new friends, especially, among fellow travelers who not only come from the same city but even the same neighborhood, be it in Israel or the old country or both.The 24th AACI kosher cruise, which is for English-speakers only, will take place from June 8 to 19 and will go to Amsterdam and the Norwegian Fjords. Scholar in residence is Rabbi Chayim Soloveichik of Kehilat Ohr Shalom in Beit Shemesh.The ship is the Costa Magica, which has so many attractions that no one will have time to be seasick; there will be just too much to explore. Many of the cabins have private balconies, and facilities include four restaurants, 11 bars (including a Cognac & Cigar Bar), a 1,300-sq.m. health & wellness center with a gym, treatment rooms, a sauna and Turkish bath, five Jacuzzis, four pools (including one with a retractable roof), a multipurpose sports area and outdoor jogging track. Magnificent evening shows will take place in a three-story theater. In addition, a library, casino, disco, Internet point, shopping center and 5,500 works of art from the prestigious Brera Academy of Milan will keep passengers busy.Freshly made glatt kosher meals will be prepared by AACI’s own kosher chef and the ship’s culinary team to provide a truly festive dining experience each and every day. The team will be supervised by a rabbi and a team of kashrut supervisors provided by Kosher Sea under the supervision of Rabbi Shlomo Ifrah. Breakfast, packed lunches for land excursions, tea rooms and elaborate Shabbat meals will round out the experience, ensuring a wonderful culinary experience.Passengers will spend two full days in Amsterdam and will visit Jewish sites and some of the great cultural sites.Depending on the cabin, prices range from €3,999 to €8,398, with an additional charge of €50 per person for participants who are not members of AACI.