#GrowingUpJewish: Twitter's take on what it's like to be part of the tribe

From thinking everyone knows Yiddish to having over-protective mothers, Twitter users weigh in on what it's like to be #GrowingUpJewish. 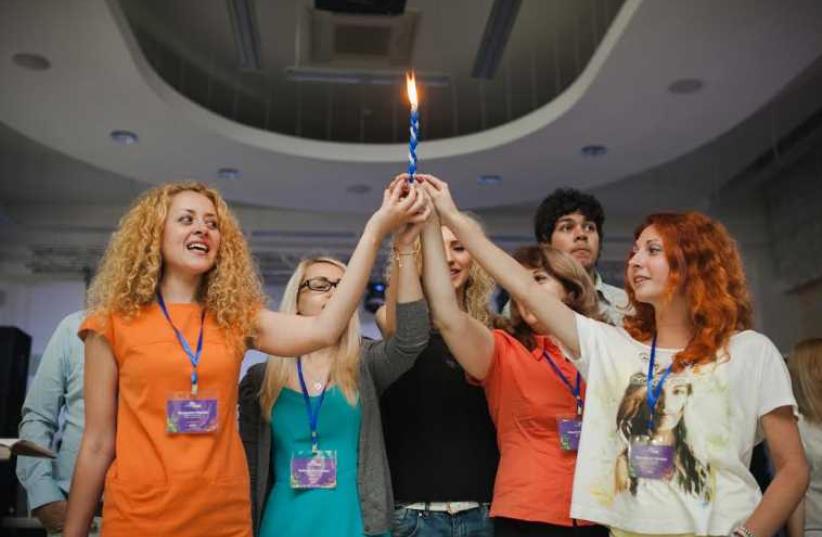 MOLDOVIAN JEWS celebrate Shabbat at Limmud FSU conference last year.
(photo credit: COURTESY LIMMUD FSU)
Advertisement
We've all been there. You'd be lying if you said you didn’t have holiday envy as your Christian friends noshed on chocolate bunnies while you tried to chow down some matzo. You'd be senseless to think there is anything more important than calling your mother before Shabbat and you would be crazy if you'd rather have it any other way! So what is it? Is it the over-protective Jewish mothers? Is it the wonderful, food-centric holidays that no other culture seems to get? Is it the network of Jewish Geography that you are automatically connected to, just by attending summer camp or joining a youth movement? Social media weighs in on what it's like to be #GrowingUpJewish. This December dilemma:

when leaving a grocery store and the cashier says "merry christmas!" and you die a little inside #growingupjewish
— brooklyn baby (@_pixelfaerie) December 8, 2015


But really, is there such thing as too many sweatshirts?


This common misconception about the holidays:

When ur christian friends actually think you get more presents because there's 8 nights of Chanukah #growingupjewish pic.twitter.com/YRp6gYtAV6
— Sam (@SamanthaBusey) December 1, 2015

"I forget your name. It's either Sarah, Rachel, Rebecca, Or Leah." #growingupjewish
— commie cammie (@cammgodfrey) November 14, 2015

my mom said I can't get a tattoo bc if I do I can't be buried in the same cemetery #growingupjewish
— zofie darling (@kitttenqueen) November 12, 2015


When you basically speak two languages:

I called a washcloth a yenta when I meant to say schmata and my mom yelled at me #growingupjewish
— midclass homie quan (@lNTERGALACTlC) November 6, 2015

when I was little my tiny jewish self didn't know what Jesus was and I thought it was a curse word #growingupjewish
— jaime (@jaime_marvin) August 22, 2015


When your mother dictates your love life:


When you're always trying to figure out who you know from their summer camp:


When your mom monitors your every move:

When she's worried about you b/c she needs to make sure you lit your menorah @JewBoyProblems #TextsFromMomTuesday pic.twitter.com/L5kckIqg1B
— Izzy Manela (@IManela) December 15, 2015


And when you love her because no matter what, she's always right:

When your mom tells u to bring a jacket cause it will be cold, she's always right #growingupjewish
— jessica (@jesssberkowitz) November 18, 2015