"We went to watch... dolphins and we ended up in f**king Syria." 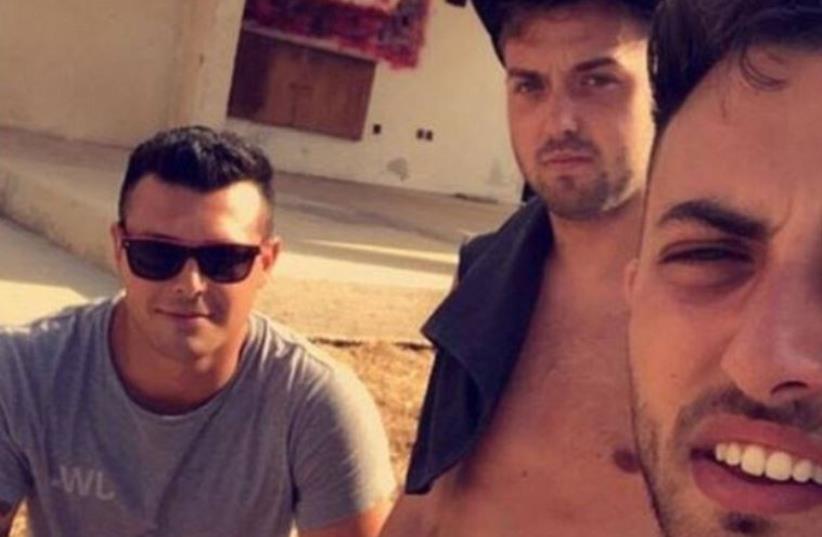 s Lewis Ellis, 25, Alex McCormick, 19, and James Wallman, 23
(photo credit: SOCIAL MEDIA)
Advertisement
The supposed sloshed sojourns of a trio of British partygoers who claimed they accidentally arrived in Syria after a night of drunken tomfoolery turned out to be a "great prank," The Daily Mail reported Wednesday. After making waves in the international media, 25-year-old Lewis Ellis, who claimed to have inadvertently traveled to the war-torn country with his friends Alex McCormick, 19, and James Wallman 23 admitted that the anecdote was a farce. Elis, who reportedly runs a YouTube channel featuring footage of pranks, posted on his Facebook page that the three had not actually found themselves in Syria, and had "just made [the story] up for fun."The revelation came after The Daily Mail initially reported that three had claimed that they after clubbing all night near the Cypriot port town Ayia Napa, they had found themselves castaway on a vessel thought to be destined for a dolphin sightseeing expedition. "The last club closed at 7:30 a.m. so we just powered through to our 9:00 a.m. boat trip and ended up blagging our way on to the wrong boat," Ellis told Internet publication news.com.au on Monday."We went to watch... dolphins and we ended up in f**king Syria," Ellis added. The initial account alleged that the three sloshed stowaways hadn't realized what predicament had befallen them until 100-miles out of port, only discovering their location once reaching dry land and posting their location onto social media. "After hours and hours we turned up in this place and we were like, 'What the f***, where are we?'"The friends purportedly wound up in the Syrian port of Tartus, just 50 miles away from the battle scarred city of Homs, where they found assistance from military police stationed near a Russian naval base, The Daily Mail noted.

The three friends claimed they had ended up being driven to the base where they were able to arrange a trip back home after spending a night at the military site. The Daily Mail added that when McCormick explained to a translator at the facility how they ended up in Syria, he 'fell about laughing." The befuddled boozers charged that they had returned back to the UK on Tuesday, with their mums happy to have their sons back safe and sound and not at all impressed by their drunken buffoonery.
Advertisement
Subscribe for our daily newsletter