He's not kosher, but he's adorable

The creature is being dubbed "Opistoteuthis Adorabilis" for its apparent cuteness. 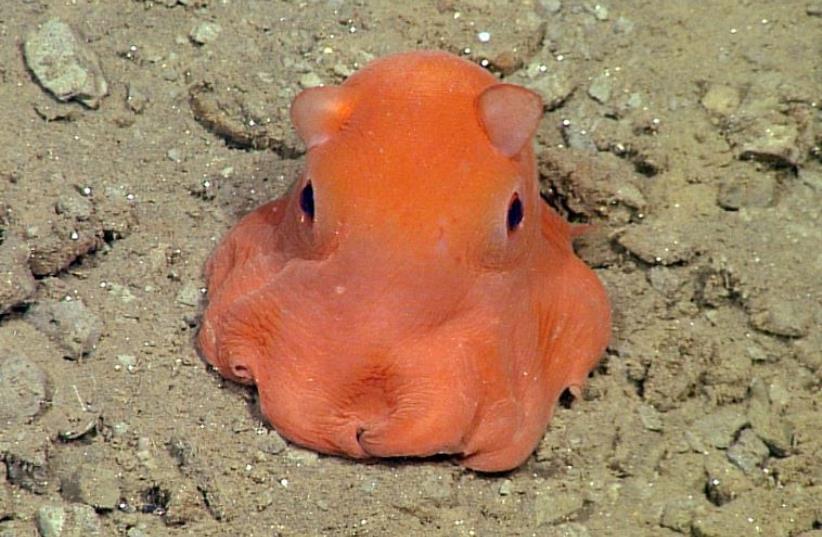 The flapjack octopus
(photo credit: HANDOUT / MBARI / AFP)
Advertisement
A tiny, wide-eyed, salmon-colored octopus, being dubbed "Opistoteuthis Adorabilis" for its undeniable cuteness, has captured the science world's attention. Housed in the dark depths of the ocean in freezing cold temperatures, the nameless, currently undescribed sea creature, is part of the "flapjack" octopus family. Stephanie Bush, a postdoctoral fellow at the the Monterey Bay Aquarium Research Institute in California, is on a quest to designate and classify this precious cephalopod.

This octopus is totally adorabilis.
Posted by Science Friday on Tuesday, June 16, 2015

One name she's aptly considering is "Opistoteuthis Adorabilis," since one of the few known facts about this mysterious species is that it is, well, adorable.  The marine creature has jellylike skin, its tentacles connected by a well-developed web, which spreads to allow the mini-octopus to parachute up and down the sea. They also have fins on their fragile heads, to help them steer through the deep waters.
Advertisement
Subscribe for our daily newsletter