A young man bearing a remarkable resemblance to, and dressed like, the Nazi dictator is on the loose in Austria. 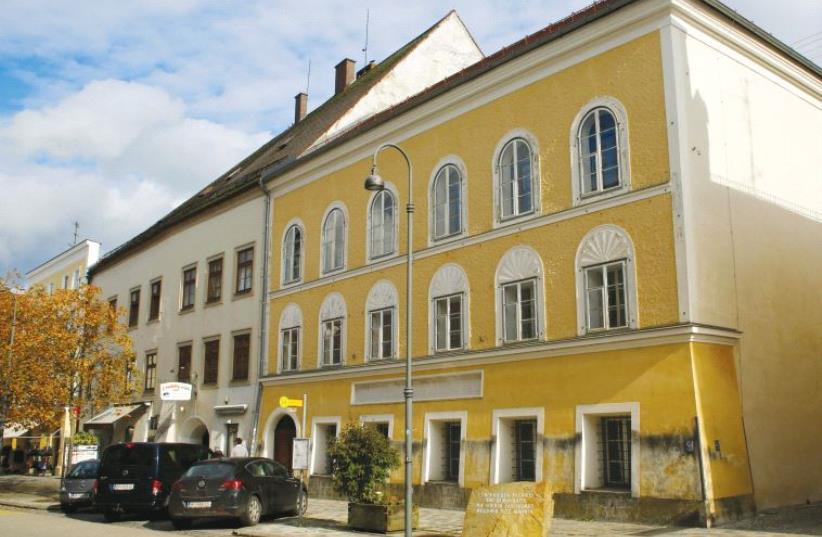 The house in which Adolf Hitler was born is seen in Braunau am Inn, Austria, in October
(photo credit: REUTERS)
Advertisement
In a scene straight out of a black comedy film, Austrian police are reportedly in pursuit of a man dressed as Adolf Hitler. Besides dressing the part, eyewitnesses say that the man bears a striking resemblance to the Nazi dictator.The man has been sighted several times walking around Braunau am Inn, Hitler's birthplace, according to local Austrian newspaper Oberösterreichische Nachrichten.It appears that the man is succeeding at confusing the town with his controversial antics. "I have often seen this man in Braunau and wondered if this meant something," a resident told the newspaper.The man, now dubbed the Hitler-Doppelgänger, recently walked into a bar and introduced himself as "Harald Hitler." He has also been photographed outside the house where infamous Nazi leader was born.Local authorities say that they will charge the man with glorifying Hitler, a crime in Austria, once the suspect is found. The man is said to be between 25 and 30-years-old.The Hitler-look-alike was last spotted pensively searching the WWII section of a local Braunau bookstore.