The production of the show received a little bit of a surprise when it was revealed what the street art actually said. 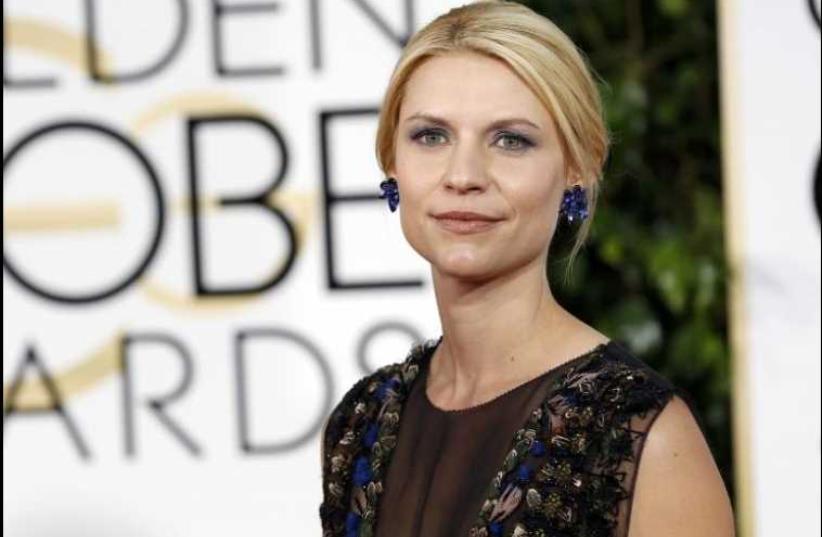 Actress Claire Danes
(photo credit: REUTERS)
Advertisement
On the new set of the hit Showtime spy saga Homeland, a Berlin street converted to look like a Syrian refugee camp looked remarkably authentic: crumbling buildings, torn up streets and walls sprayed with graffiti in Arabic. But the production received a little bit of a surprise Thursday when it was revealed that those tags in Arabic actually read "Homeland is racist," according to deadline.com.Street artists hired to give the set a feeling of "authenticity" used the opportunity as a platform to voice their own opinions and thoughts about the show. Those artists, Heba Amin, Caram Kapp and Stone — who go by the moniker “Arabian Street Artists” - were instructed to write apolitical statements when adorning the set with their tags, deadline.com added.  However, a statement released by the trio, explained that they used "slogans, with proverbs allowing for critical interpretation, and, if the chance presented itself, blatant criticism directed at the show.” The statement added that set designers were “too frantic to pay any attention to us,” and the content written on the walls “was of no concern.”In response to the incident, Homeland showrunner Alex Gansa said that, “We wish we’d caught these images before they made it to air." "However, as Homeland always strives to be subversive in its own right and a stimulus for conversation, we can’t help but admire this act of artistic sabotage,” he added.Showtime's hit series 'Homeland' began shooting its fifth season in Germany earlier this summer, departing from its signature Middle-East setting. Last season was shot in South Africa as a stand in for Pakistan, where the plot was set. 'Homeland,' starring Claire Danes as a CIA operations officer, is based on the Israeli show Hatufim (Prisoners of War.) Parts of the first and second seasons of the program were filmed in Israel.