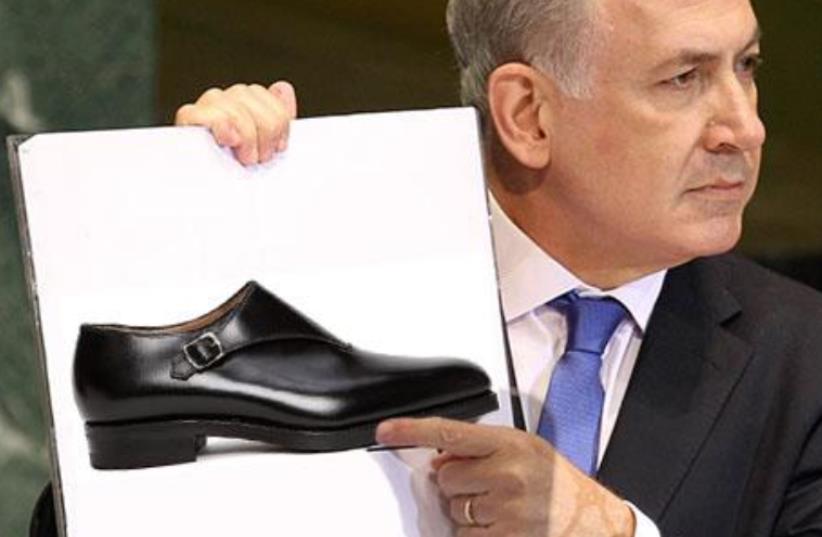 #Mossadstolemyshoe
(photo credit: TWITTER)
Advertisement
The spy who shoed me? A British Muslim activist made waves on the Internet Sunday after accusing "Zionists" of a conspiracy against Muslims, which involved breaking into his home and stealing one of his shoes while he slept. Founding member of the Muslim Public Affairs Committee UK, Asghar Bukhari, took to social media ranting about the purported Mossad operation on his unassuming footwear. As his claim on Facebook made its rounds on the Internet, social media erupted with uproarious responses to Bukhari's bizarre accusation with hashtags trending on Twitter reading: #MossadStoleMyShoe and #ShoeishConspiracy.


In a 15-minute-long video later posted on YouTube, Bukhari spoke in depths of the psychological victimization he believed Israel's intelligence agency had carried out as part of an intimidating campaign against him due to his activity as a "hard-core pro-Palestinian activist [who is] really hard on Zionists."

"Why are you so shocked that a Zionist would try to intimidate or steal something from me? Man, they stole Palestine," he asserted in the possibly half-barefoot web recording.However, the age-old question still remains surrounding the mysterious disappearance of all those missing sock pairs. Was it the washing machine, or perhaps the Mossad?
Advertisement
Subscribe for our daily newsletter