Israeli singer calls Trump Hitler and compares him to Netanyahu

Achinoam Nini, who has gained notoriety internationally under the name "Noa," posted a statement on Facebook in English in which she attacked both Trump and Prime Minister Benjamin Netanyahu. 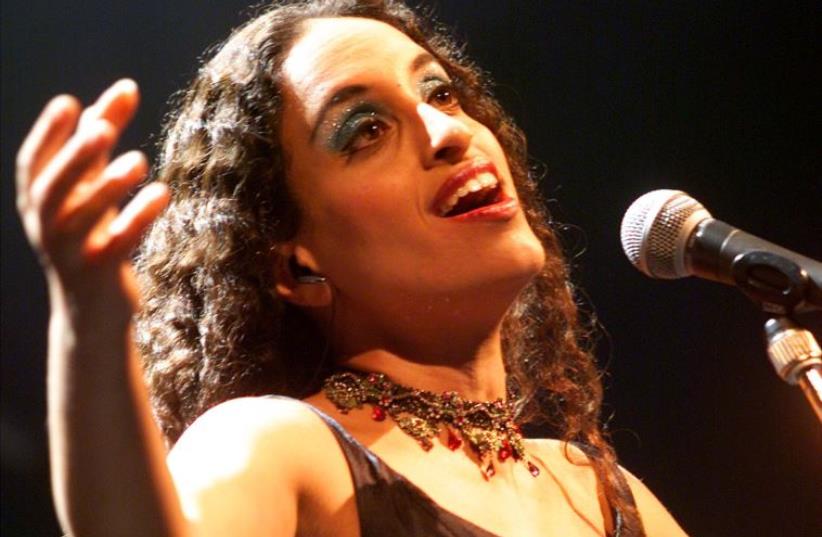 Ahinoam Nini
(photo credit: REUTERS)
Advertisement
A famous Israeli singer of Yemenite heritage has come out harshly against US President Donald Trump's temporary travel ban, targeting Yemen and six other Muslim majority countries, comparing the American leader to Adolf Hitler.Achinoam Nini, who has gained notoriety internationally under the name "Noa," posted a statement on Facebook in English in which she attacked both Trump and Prime Minister Benjamin Netanyahu."Reading about Trump's ban on muslims entering the US, ban on refugees, building walls, destroying relations with Mexico, twitting himself to death, racism, hatred, nauseating vulgar stupid and disgusting behavior from day one. Hitler. Trump is a modern day Hitler," Nini wrote, adding, "and who supports him? Bibi! surprise? no!! Bibi is not only the self proclaimed King of the Jews, he is also just as racist, narcisitic, paranoid and vulgar as Trump."Nini also slammed American Jews who support Trump. "Is there any Jew in America that still supports Trump?? i am sure the answer is yes. have you no shame?? are not may of your relatives of the six million killed under the same flag of racism, lies, incitement and blind hatred?? do you not see how easily these horrible monsters can turn against you and devour you??? against us, every one of us???" The singer lamented Israel's treatment of Palestinians saying that Jews should "return to the values that defined our culture and our heritage for ages, we must stand beside the poor, the weak, those who suffer from discrimination and oppression, we must see ourselves in them. to quote King Bibi himself ,"hey have forgotten what it means to be Jewish". It is not too late!!!"Nini's post merited more than 100 responses, some of which attacked her Yemenite origins and her physical appearance. "Maybe she misses Yemen, so we'll send her there. It's strange to see how every conceited singer finds it prudent to speak like the UN secretary-general, to call the leader of the United States Hitler and to throw around insults and high-minded analysis. Who the hell are you? A little fart from Yemen who knows how to sing a little," one such post read.