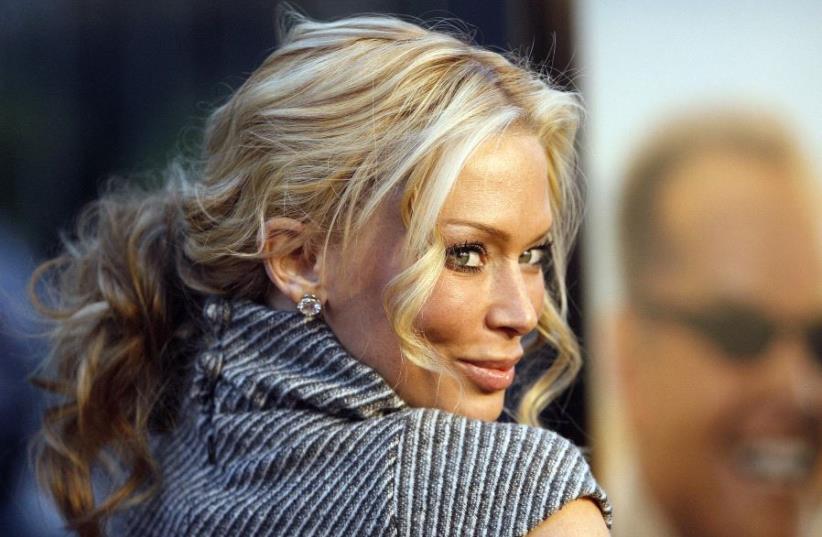 Jenna Jameson
(photo credit: REUTERS)
Advertisement
Former adult film star Jenna Jameson and her Israeli fiance Lior Bitton have a new addition to their family - a healthy baby daughter.Batel Lu Bitton was born on Thursday after an exhausting 12-hour labor, according to the 42-year-old star. She is the couple's first child together. Jameson has 8-year-old twin boys -- Jesse and Journey -- from a previous relationship.Batel means 'daughter of God' in Hebrew.

I am so proud to introduce everyone to my newborn daughter! Her name is Batel Lu Bitton. She was born at 8lbs exactly and 21 inches long. She is so calm and graceful it's hard to look at her not feel overwhelmed. I had a very long labor (12 hours) and pushed for an intense 22 minutes. We are head over heels in love with her welcome to the world little star, Mommy loves you ⭐️
A post shared by Jenna Jameson (@jennacantlose) on Apr 7, 2017 at 9:48am PDT


"She is so calm and graceful it's hard to look at her not feel overwhelmed... We are head over heels in love with her. Welcome to the world little star, Mommy loves you," Jameson wrote on her Instagram.Bitton praised Jameson as a "warrior" on his Instagram account.

Baby arrived momma did amazing job, everyone healthy and happy. God bless you @jennacantlose you are a warrior! I love you!
A post shared by Lior Bitton (@liorbitt) on Apr 6, 2017 at 11:59pm PDT


The couple does not shy away from social media. Jameson has come under fire in the past for her Twitter rants attacking Muslims and praising US President Donald Trump.Jameson converted to Orthodox Judaism in 2016 and has said that she hopes to move to Israel after her upcoming wedding. Her fiance, a jewelry store owner, has a home in Herzliya, a city near Tel Aviv.