It may fall to Yellen to lay down her vision for how the US’s federal reserve system will look in the future. 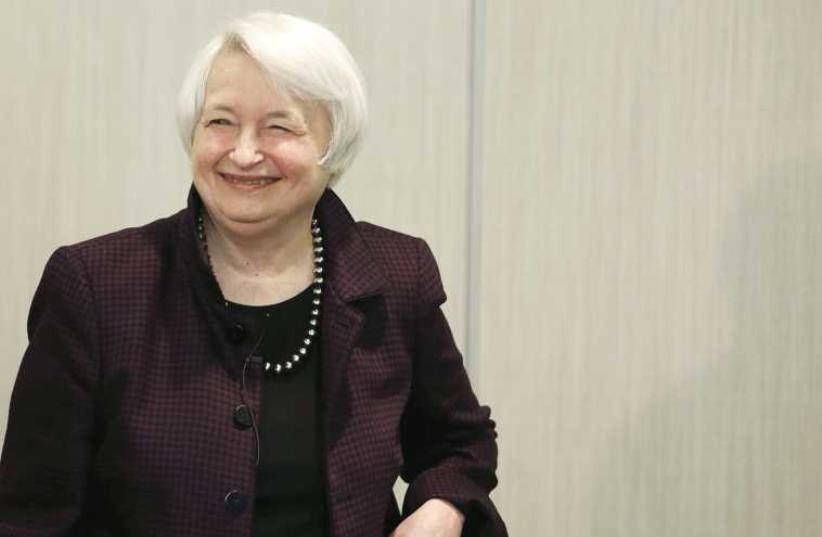 Janet Yellen
(photo credit: REUTERS)
Advertisement
Three, two, one: liftoff! In the past year, Federal Reserve Chairwoman Janet Yellen put US monetary policy on the path to normalization after over eight years of zero-level rates. In December, she raised rates for the first time since 2006 (known as the liftoff), cautiously stepping out of the prolonged response to the global financial crisis. Despite some dire predictions, the markets didn’t crash, the world didn’t end, and the US didn’t lose its place as one of the few bright points in the global economy.It hasn’t all been smooth sailing for the 70-year-old Brooklyn-born Yellen, the third consecutive Jew to hold the office. Predictions that the US economy would grow robustly enough to allow for four more rate increases in 2016 proved overly-optimistic, and the rate has remained in place through the first three quarters of the year (as of this writing, all eyes were on the Fed’s September meeting to see if the rate would rise a second time, or wait until December).But Yellen, who CNN has dubbed “the most powerful woman in the world,” has more to contend with than her current duties. In an unpredictable election year riddled with discontent, there have been calls to change the federal reserve system.Republican nominee Donald Trump has mused about replacing her should he win.Democrat Hillary Clinton has discussed possible reforms. During the primaries, voices from the far right called for abolishing or knee-capping the institution altogether.In an age when central banks have played crucial roles in keeping struggling economies afloat, it may fall to Yellen to lay down her vision for how the US’s federal reserve system will look in the future..