When you mix the liberal American husband and wife team with an agenda-driven project combating Israel’s presence in the West Bank, the result is a Jewish literary power couple. 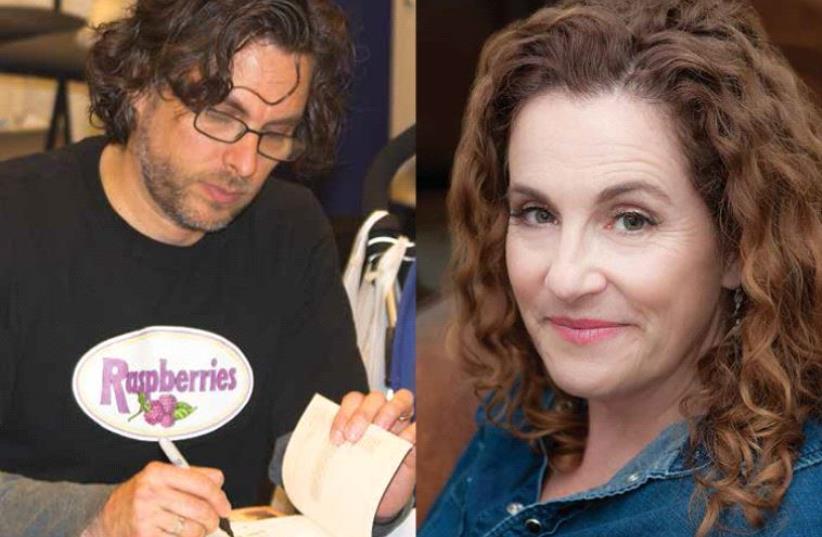 Michael Chabon and Ayelet Waldman
(photo credit: WIKIMEDIA,Courtesy)
Advertisement
Their credentials separately are impressive enough.Michael Chabon, 53, is one of America’s most visionary novelists with landmarks like the Pulitzer Prize-winning The Amazing Adventures of Kavalier & Clay, and Jewish-themed novels including The Yiddish Policemen’s Union, The Final Solution and Gentlemen of the Road.Ayelet Waldman, 51, has published well-received novels like Love & Treasure, about the Hungarian Gold Train that carried the Nazi-confiscated property of Hungary’s Jews, and Love and Other Impossible Pursuits (adapted for the Natalie Portman film The Other Woman).When you mix the liberal American husband and wife team with an agenda-driven project combating Israel’s presence in the West Bank, the result is a Jewish literary power couple, whether you agree with them or not.Through a partnership with IDF watchdog NGO Breaking the Silence, Chabon and Waldman are the driving force behind a collection of essays by world-famous authors who visited the region over the last year to focus on the 50th anniversary of the Six Day War and the effects it’s had on the Palestinians of the West Bank and Jerusalem. The book, edited by the couple and featuring their own contributions as well as those of writers like Mario Vargas Llosa, Geraldine Brooks, Colm Toibin and Dave Eggers, will be published to coincide with next June’s anniversary of Israel’s victory.On their own fact-finding trip to the area this year, Chabon and Waldman made it clear that the project will focus only on the Palestinian point of view. But they claimed that their efforts should in no way be construed as being anti-Israel.“We are doing it out of love of Israel. This is our Zionism. We believe that Israel will not be able to continue to exist with the occupation,” Waldman told Haaretz.As Israel readies to mark its version of 50 years since the cataclysmic changes in the country that have yet to be resolved, the narratives that Chabon, Waldman and their colleagues bring to the table are going to present some stiff competition for the public’s attention. Their influence might only just be beginning to be felt..