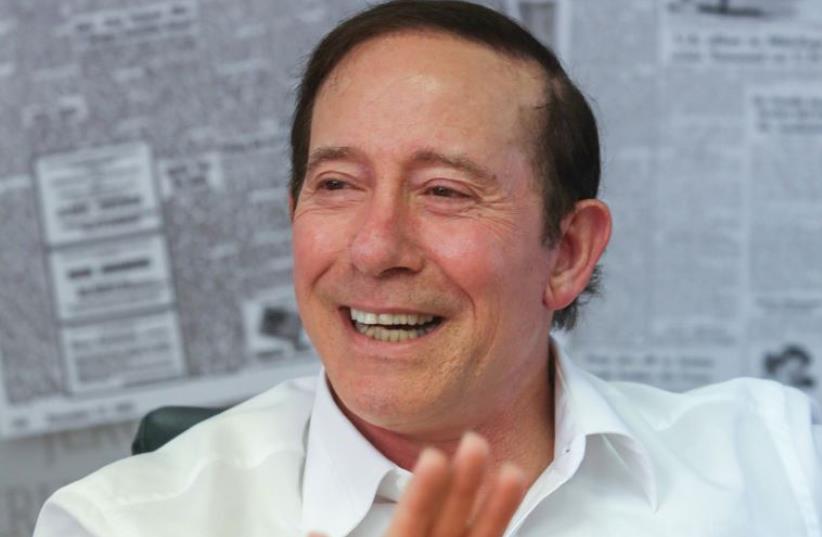 Adam Milstein
(photo credit: MARC ISRAEL SELLEM)
Advertisement
As co-founder of the Israeli-American Council based in California, Adam Milstein’s mission has been to strengthen and support the State of Israel and the Jewish people, as well as the US-Israel relationship.The IAC has been doing so by connecting American Jewry (about 5.5 million) and the Israeli-American community in the US (about half a million).Under Milstein’s helm, the IAC has been called the fastest growing Jewish organization in the US.Milstein was born in Haifa in 1952 and moved to California with his wife, Gila, in 1981, where he became a top real estate agent. Today, he is managing partner of Hager Pacific Properties, which specializes in industrial, retail, office and multi-family properties. He and his wife, who have three daughters, established the Adam and Gila Milstein Family Foundation in 2000, which encourages young Jews to identify with their Jewish roots and connect with Israel.In June 2015, Milstein brought together Haim Saban and Sheldon Adelson for the first Campus Maccabbees Summit in Las Vegas, which convened more than 50 organizations to “harness the full might of the pro-Israel community to defeat hate groups spreading antisemitism and lies about the Jewish state on America’s college campuses.”A prominent Jewish philanthropist, Milstein sits on the board of several key organizations, including StandWithUs, Israel on Campus Coalition and Hasbara Fellowships, as well as the Jewish Funders Network, Birthright Israel, Stand By Me and the AIPAC National Council.Milstein has said he feels “lucky” to be a philanthropist and have the opportunity to make an impact on the Jewish community and the State of Israel. Since Milstein founded the Israeli-American Council, it has grown to 10 regional councils, with active volunteers in 27 US states and a range of innovative programs to engage Israeli-Americans nationwide of all ages, such as IAC Eitanim, which teaches practical leadership skills to groups of Jewish American and Israeli-American high school students.“Before we founded the IAC, no one used the term ‘Israeli-Americans’ or ‘Americans of Israeli descent’,” Milstein wrote in a Jerusalem Post op-ed. “Now we proudly embrace our Israeli-American identity; we love our home in America, while remaining deeply connected to our Jewish homeland, which will always be in Israel. As that identity grows stronger, so does the entire Jewish American community.”