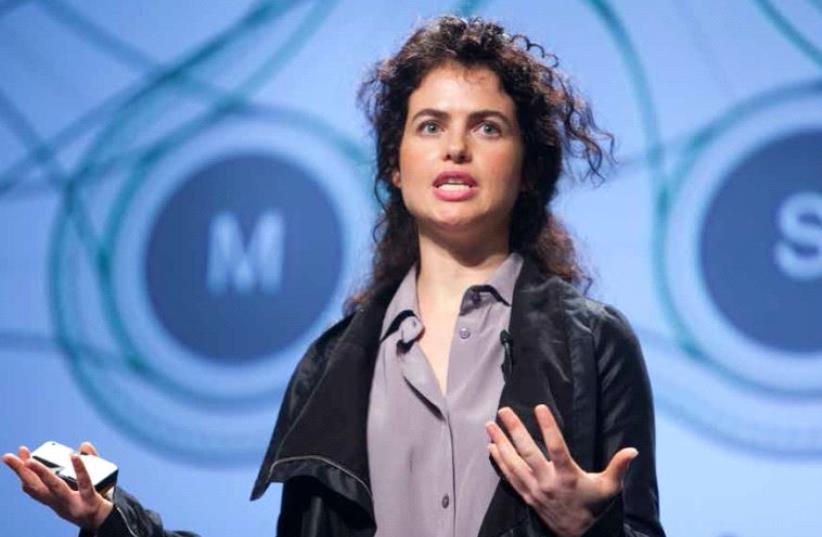 Neri Oxman
(photo credit: Courtesy)
Advertisement
At the nexus of nature and design, and of biological and mechanical creation, Israel-born architect and designer Neri Oxman is leading a quiet revolution.The founder of the Mediated Matter research group at MIT’s Media Lab, Oxman is rocketing past old ideas of how things should be designed and assembled, taking inspiration from nature to revolutionize how objects can be designed and built.In a 2015 TED talk, Oxman related a biblical story her grandmother told her that inspired her thinking.The story was that on the third day of creation, God commanded the earth to grow fruits, but instead of simply growing one monolithic fruit, it grew fruit trees with bark and branches and stems.Unlike a car that’s built by piecing together separate, distinct parts, all the parts of the fruit trees grew organically together.With modern 3D printing technology and deep insights into how materials and structures come together in nature, Oxman has pioneered a new field of material ecology.As an example, she studied silkworm cocooning habits, and built a 3D structure that, when inhabited by silk worms, would extract large amounts of silk without harming the worms or cutting short their life cycle. In another experiment, she ground shrimp shells down to extract the hard material they’re made of, chitin, and created an organic gel.She used different concentrations of the gel to 3-D print a structure that, when dried, essentially became an organic plastic. The beams and the mesh of the structure were all made of the same stuff; on a larger scale, she said, it would be like 3D printing beams and windows on a building out of the same material.Oxman’s work at the intersection of computational design, additive manufacturing, materials engineering and synthetic biology may change the way we manufacture, cross-breeding Henry Ford and Charles Darwin.