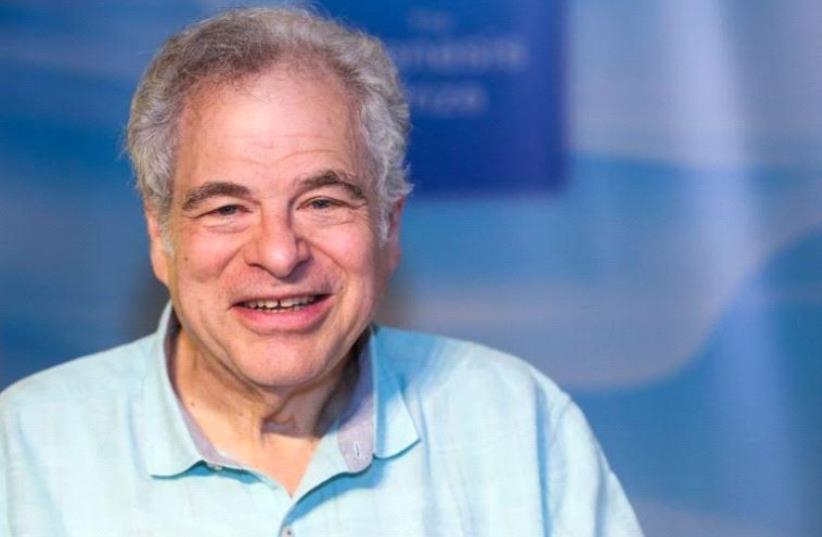 ITZHAK PERLMAN
(photo credit: MARC ISRAEL SELLEM)
Advertisement
‘Let me tell you about my friend Itzhak,” Alan Alda wryly told the Kennedy Center Honors audience in 2003 of Itzhak Perlman, one of the night’s honorees. “Not about his virtuosity on the violin, the whole world knows about the joy he takes in making music. I want to tell you a little bit about Itzhak’s virtuosity of life itself and the joy he takes in living.”And Perlman, 71, has lived a big life. Despite being diagnosed with polio at a young age, which left Perlman partially disabled, he never let his medical condition prevent him from living life to the fullest.The father of five has traveled around the world sharing his gift of music and touching the hearts of millions who gathered to hear him play.In addition to being the recipient of the Presidential Medal of Freedom and 15 Grammy awards, Perlman was named this year’s Genesis Prize laureate for his advocacy work for people with disabilities.Following in the footsteps of previous Genesis Prize winners Michael Bloomberg and Michael Douglas, Perlman will donate his $3 million prize to charities he supports like the Perlman-Genesis String Project at the Tel Aviv Conservatory, a program for aspiring musicians between the ages of 12-18; House of Wheels, a non-profit for dedicated to people with disabilities and the Chicago Center based in Lod which aims to assist Jews and Arabs in the impoverished city.Through the Genesis Prize, he has also teamed up with the Jewish Funders Network which launched its Breaking Barriers project earlier this month. The initiative will promote the inclusion of people with disabilities in all aspects of Jewish communal life, echoing Perlman’s lifelong dedication to creating a fully inclusive society for people of all abilities.Perlman’s evocative mastery of the violin touches the soul, while his philanthropic work goes straight to the heart.