Invested in the Jewish people. 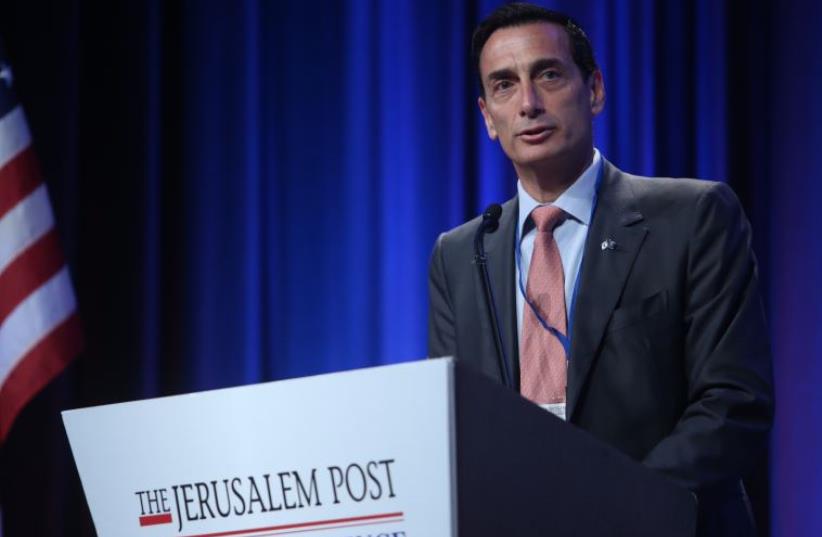 Matthew Bronfman at JPost Annual Conference
(photo credit: MARC ISRAEL SELLEM)
Advertisement
Matthew Bronfman, 56, carries the charisma of a prestigious family and has emerged as a powerful and attractive Jewish figure based in New York, with interests in North America and Israel. This year, he launched Why Be Jewish?, an important book by his late father, longtime World Jewish Congress president Edgar Bronfman, at a gala dinner in New York attended by the who’s who of the Jewish community.Bronfman, a father of seven, is following in his father’s footsteps, as an entrepreneur, communal leader and philanthropist.He serves as chairman and CEO of the New Yorkbased BHB Holdings, an investment company with a range of interests.He is one of the biggest American-Jewish investors in Israel and owns the local franchise of Swedish multinational ready-to-assemble furniture giant IKEA. In addition to significant real-estate investments, he was one of the controlling shareholders in Shufersal, Israel’s largest supermarket chain, and Israel Discount Bank, before deciding to divest his holdings.Bronfman has also become a leading philanthropist who chairs the international steering committee of Limmud FSU, an organization that aims to strengthen the Jewish identity of Russian-speaking Jews around the world. He was recently elected chair of the American Jewish Committee’s Board of Trustees, and is chairman of the Jewish life committees of the 92Y, honorary chair of the Edgar Bronfman Hillel at NYU and chairman of the Bronfman Center for Jewish Life Committee.His grandfather, whiskey baron Sam Bronfman, was the long-standing president of the Canadian Jewish Congress and the World Jewish Congress. His uncle, Charles Bronfman started the Birthright program with businessman Michael Steinhardt. His father, Edgar Bronfman, who died in 2013, played a key role in freeing Soviet Jewry during his two decades at the helm of the World Jewish Congress.But he has chosen his own way to make an impact.“I have decided to be very involved in world Jewish life, but to do it in a way that is comfortable for me, in the same way my father didn’t do what his father did,” he told The Jerusalem Post’s Danielle Ziri before addressing the newspaper’s annual conference in New York on May 28. “The challenges are different, the opportunities are different and obviously the world is different.”