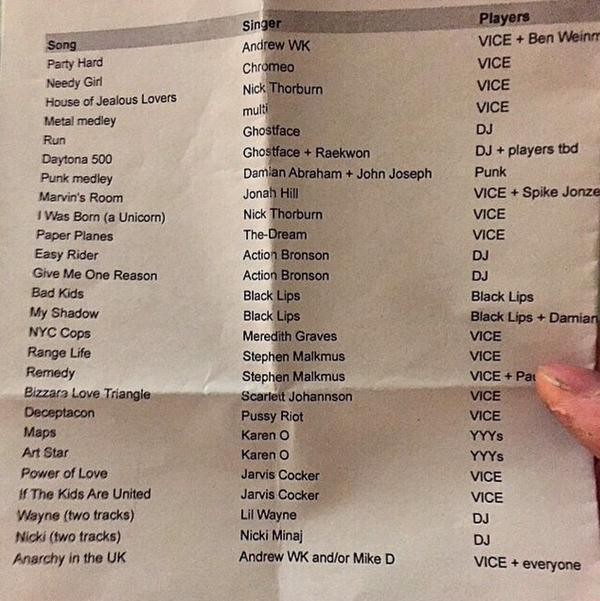 The originally Canadian news outlet held an event at Brooklyn Navy Yard's Duggal Greenhouse earlier this month and Jewish bombshell and SodaStream advocate Scarlett Johansson performed as well as Jewish funny man Jonah Hill.
The stars' unlikely performances included Johansson singing "Bizarre Love Triangle," and Superbad's Hill performing a cover of Jewish rapper Drake's "Marvin's Room."
The Hollywood Reporter described the bizarre event as a "hybrid, manic, alien-like show that only the [Vice] media brand can conjure."
Other performances included Pussy Riot, Lil' Wayne, Nicki Minaj and other big names in the music industry. Johansson and Hill however take the cake for making the most post-party headlines.Take a look at some previews of these unlikely performances below.